2 Plugins to Put Your Site in the Fast Lane

Page load speed is not only a major factor in how many people find and stay on your site, it’s also a factor in how much revenue you can earn. In Greg Linden’s short (but famous) article, he writes about internal tests at Amazon that showed mere milliseconds of delay in page load time cost the company substantial revenue. 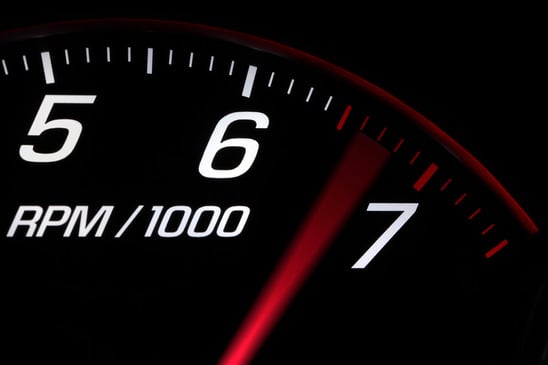 Even Google experienced similar results, citing 20% less traffic to a page when it loads just a half second slower.

In this daily tip we’re going to ponder the question, What would 20% more traffic look like on your site and would it translate to more revenue? Then we’re going to show you 2 plugins you can implement to speed up your page load time and put your site into the fast lane!

But before we look at these plugins, I ran a baseline test on a personal blog which has been active for a few months with approximately 75 posts and pages. Using Google’s Page Speed Tools, the site loaded in under 3 seconds and earned a score of 83 out of 100.

You can see the results in the image above. At the time of the test, the site wasn’t running any special plugins to aid with page speed, and neither the css nor the JavaScript had been modified in any way. It’s a fairly typical installation of WordPress hosted on a basic plan at Hostgator.

Minification is the process of making your files smaller. In particular, the WP Minify plugin analyzes your JavaScript and CSS files, reduces white space, and makes them smaller. This means that when your site tries to load these essential files, they are served quicker – thus allowing your site to load quicker.

As see in the image above, after installing WP Minify on the site, Google Page Speed increased 4 points (4.8%) from 83 to 87. Not bad!

Caching is the process of storing web pages, images, and other documents for reuse during your web browsing.  Browser caching saves web files on your local machine to make your browsing experience faster. These are sometimes called “temporary internet files.”

Caching plugins optimize your web site files for caching at the server and at the client side browser. Some caching plugins, like W3 Total Cache, also minify your files, thus performing several page speed functions.

On the same test site mentioned earlier, I installed the W3 Total Cache plugin (after de-activating WP Minify) and, once again, ran the Google Page Speed Test. This time, the result score was 89 out of 100, an increase of 6 points (7.2%) over the starting site speed.

It’s worth mentioning that I made no special tweaks to the settings of either plugin.  I simply installed and activated the plugins and made use of the standard settings. Also, activating both WP minify and W3 Total Cache simultaneously shows no improvement over the score obtained just by W3 Total Cache alone, likely because that plugin also includes minification.Of course, you can always purchase expensive hardware and superfast dedicated WordPress hosting plans, but that will hit your pocketbook hard.

Until then, if you want your site to run faster, present a more pleasant experience for your viewers, and give you the potential to earn more revenue, it makes sense to install a performance plugin like the ones mentioned above. Overall, these free plugins increased my page speed score by more than 7% and decreased my page load time by 300ms.