5 Tips for WordPress Bloggers from the Greatest Writers in History 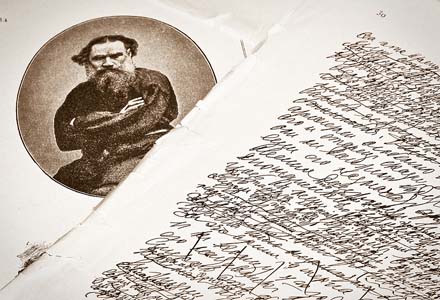 As a WordPress blogger in the age of Social Media, you might assume you don’t have anything to learn from the “old dead guys” like Ernest Hemingway, Truman Capote, Robert Frost, Mark Twain and Charles Dickens.

But if you’ve got five minutes, I’ve collected some tips from these late great writers that are guaranteed to improve your writing over the next 10 days. Let’s start with Mr. Hemingway.

“My work habits are simple. Long periods of thinking, short periods of writing.”

If you have problems with writer’s block, it’s because you’re spending too much time writing and not nearly enough time thinking. By thinking, I mean sitting at your keyboard and just writing in streams of consciousness, letting your thoughts go wherever they want to take you.

If you do this instead of trying to create a finish draft on the first shot, you’ll never get writer’s block again. You’ll also have plenty of thoughts to work with when you finally do start writing.

Writer’s block should be about as common to a writer as accountant’s block is to an accountant. The problem is that too many writers sit down and try to write and to create perfection.

“I believe more in the scissors than the pen.”

These days, we don’t use the scissors to edit and few of us write in pen anymore. The concept still applies for WordPress bloggers and online copywriters. Great editing happens when you’re willing to let go of anything that makes your writing clunky or overwritten.

In a previous blog, I advised to make a habit of getting rid of 25% of your word count on the final edit. This is especially important if you were educated in a public school system (like me) and had to complete writing assignments by reaching a minimum word count.

Great writers don’t write to make a word count, they write to get the message across. Many times the biggest obstacle to making this happens is to over-explain things. Believing more in the scissors delete button than the pen keyboard will help you overcome this.

Okay, so maybe you’re not typing with a box of Kleenex next to your computer, but you do have to care about what you’re writing about. This is why I encourage bloggers and copywriters to pursue their passion instead of pursuing opportunities.

If you have no passion or enthusiasm about your subject, it will come out in your writing. Not to mention that if you don’t care about what you’re blogging about a time will come when you’ll lose interest and end up chasing another opportunity instead of chasing passion.

So pick a niche, make sure it’s something that excites you and stop chasing opportunity. If you’re passionate about it, you’ll attract readers who are just as passionate. That’s how you create a following.

“If we wrote like we talked, we could stutter.”

The biggest myth about great writing is that it just happens. It doesn’t. The finished product is more the result of great editing and polishing than it is of great writing. The mistake many of us make is trying to write and edit at the same time.

The most effective way to create great writing is to separate your writing and editing process. You should never try to do both of these at the same time. If you do, you’ll end up with a writer’s stutter as Mr. Twain talks about in the quote above. You’ll also be more likely to be held up by writer’s block.

Just try this the next time you write…

When you’re done, switch gears and let your inner perfectionist do what it does best. Never let your editing get in the way of your writing.

This isn’t a Charles Dickens quote ^ , it’s something one of his friends said about him. Without even knowing Mr. Dickens, I can already tell you this is one of the most significant reasons for his success. What does it mean to do everything as if you did nothing else? It means that if something is valuable enough for you to invest your time and energy, it’s valuable enough for you to give 100%.

This is especially important for WordPress bloggers. There are hundreds of thousands of bloggers online, most of them are like the proverbial tree in the forest because they’re only partially committed to what they’re doing. They don’t blog every day, they choose topics they’re not really passionate about or they just don’t give everything they have.

Great bloggers become great because they’re willing to work harder than anyone else. This is another reason it’s so important for a blogger to pursue passion rather than pursuing trends and opportunities.

This was a habit Steve Jobs lived by. Steve said that every morning he’d look at himself in the mirror and ask himself if there was anything else he’d rather be doing. If the answer was yes, he’d know it was time to make a change.

If you’re ready to work at your WordPress blog as if it were your only chance for success, let’s recap what these five great writers have taught us.

“My work habits are simple. Long periods of thinking, short periods of writing.”

“I believe more in the scissors than the pen.”

“If we wrote like we talked, we could stutter.”