Automatically Send a Thank You Email to Your Site’s Commenters 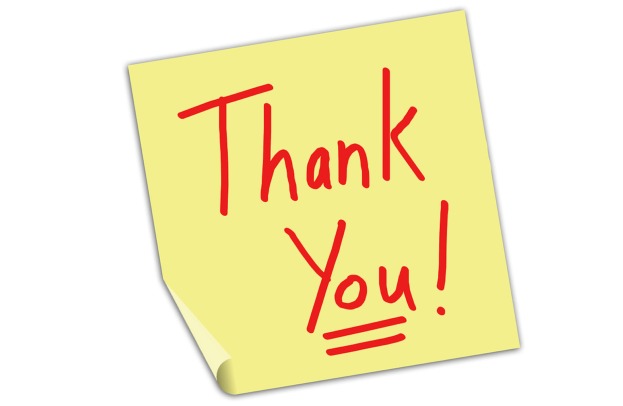 Interaction is the Name of the Game

I doubt there are many who would disagree with that. But sometimes it’s easy to forget that interaction is a two way street. The more you interact with your visitors, the more they will interact with you.

One way that may help this process of interaction is to automate parts of it where possible. And this exactly what the Thank Me Later plugin does.

Thank Me Later lets you automatically send an email to anyone who has left a comment on your blog. And while this idea might seem like a half step in the direction of spam, the plugin’s useful options allow you to control things such as when the message goes out, what’s in it, how often a message can go out to the same user, and whether you will send messages to users that are not logged in or not. You can also automatically include an opt out link.

Take a look at a few of the plugin’s options: 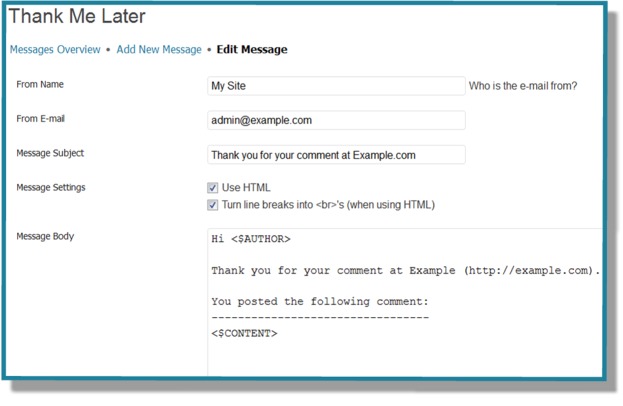 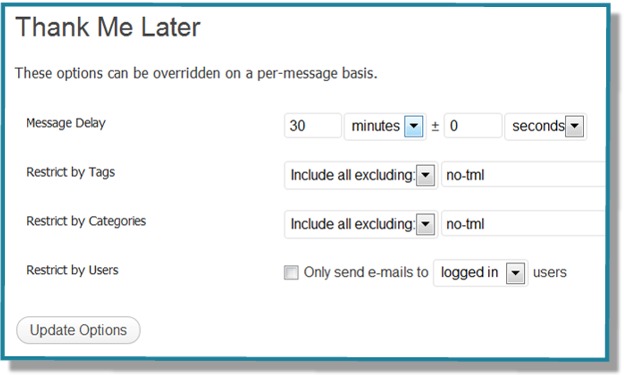 Tips for Using this Plugin

While the main idea behind the plugin in is to ostensibly say thank you, the ability to control the message lets you include whatever you would like in the email.

Here are a few possibilities:

You can find the Thank Me Later plugin here.