10 Things That The Distraction Free Editor Doesn’t Get Right 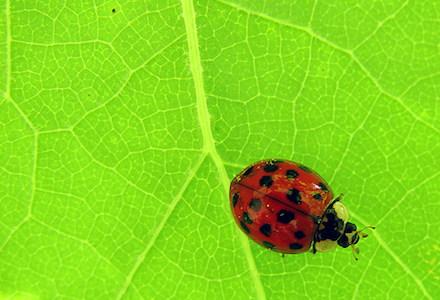 I write on average 3-4 blog posts a day – perhaps 3,000 words. I spend a lot of time in WordPress. So finding the optimal solution for blog post writing is pretty important to me.

Whilst there is nothing big enough to deter me from using it, I would certainly prefer a version of the distraction free editor without the following foibles.

The WordPress developers are really missing out on a trick here. You can use Ctrl + [+ / -] to zoom the DFE in and out. This doesn’t actually change the width of the text box – it literally makes the text smaller or bigger.

I get that the DFE is supposed to be a minimalist paradise, but you have to draw the line somewhere. Fading the toolbar out of sight barely creates any more space – a line or two of content at best. In my opinion, we would be far better served by the toolbar (and word count) remaining in place at all times.

I have been unable to find any keyboard shortcuts beyond those listed in this post. For the most part this isn’t an issue, but occasionally I will want to use a formatting feature for which a shortcut doesn’t exist – such as tabbing.

A more complete list of shortcuts (or the ability to set your own shortcuts) would make my blog post writing more efficient.

I occasionally run into keyboard shortcut conflicts in the DFE – most notable when inserting images. On my Mac, Alt + Shift + M fires up the media uploader. Unfortunately, it also inserts a tilde (˜) into the post. So if I want to use the keyboard shortcut to upload media, I have to delete the tilde once I am done.

I could probably prevent this issue by changing the keyboard shortcut for inserting a tilde in my Mac’s settings, but the WordPress developers should really have the presence of mind to create keyboard shortcuts that do not conflict with those already existing.

Inserting images is a piece of cake in the DFE – even if you have to go to all that trouble of clicking a button to do so. However, every time you insert an image, you find yourself staring at your headline. For reasons unbeknownst to me, uploading an image results in your page scrolling back up to the top. It is a relatively minor inconvenience, but still rather irritating.

Another odd little bug – sometimes you are unable to scroll right back up to the top of the screen:

Instead you have to use the arrow keys on your keyboard to reveal that first line. Another minor issue, but a strange little bug that should be squashed nonetheless.

This is not something that I can knowingly recreate, but occasionally the DFE will lose the plot and become a mile long – regardless of how much you have actually written. It’s a bit like when you insert some content into the 1,000th cell in Excel and the scrollbar instantly becomes tiny.

WPMU has a pretty hefty content <div> width – images without captions can be up to 689 pixels wide. Unfortunately, the DFE doesn’t like this, and hits me with a horizontal scrollbar as soon as I insert a wide image:

It makes no sense for the DFE text editor to not at least be as wide as the actual content <div> on your blog, and let’s be honest – no one likes horizontal scrollbars.

This is really not a major issue, but is an example of where aesthetics get in the way of usability. Whilst the fade animation between the visual editor and DFE is very pretty, it offers nothing of value whatsoever. I’d rather just click the button and get on with it, thank you very much.

The above are all of the issues I have come across in using the DFE for the past several weeks. Are you a DFE user, and if so, is there anything you would like to see improved? Let us know in the comments section!