5 Ways to Improve Your Blogging in Less Than 24 Hours 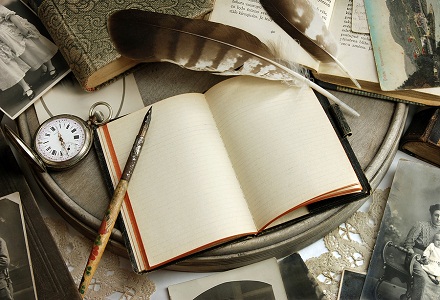 Becoming a better WordPress blogger doesn’t have to take years of experience or practice. With a few simple changes in your writing habits, you can make a noticeable improvement over the next 24 hours. Here are five simple things to apply to your next WordPress blog to make this happen.

#1: Use Verbs Instead of Adjectives

Verbs give your writing more impact than adjectives do. Unfortunately, a lot of writers use adjectives as a crutch when describing things. However, with a little bit of work, you can create a punchier description using verbs.

For example, I’ve underlined the adjective and the verb that replaces it in each of the examples below:

“The sparkly ring gleamed on her hand,” becomes “The ring sparkled.”

Just try it in your next blog. Look for every word that ends in –ly or –y and find a descriptive verb to replace it.

Good bloggers say more using fewer words, and it doesn’t take a lot of practice to develop this skill. You just have to understand that writing lean takes more time than being wordy.

It’s like the great writer Mark Twain once said:

“If I’d had more time I would have written a shorter letter.”

It’s because there’s no such thing as lean writing. Rather, the leanness happens in the editing. Get into the habit of editing out 25% of your word count when you give your writing a final polish.

You’ll find that your blogs include a lot of words and even sentences that just aren’t essential. The next tip will help you spot these words and lean things down.

The following are several words which you should try to avoid in your WordPress blogs:

I’m not saying to completely eliminate these words from your writing. The next time you edit one of your blogs, look for these words and ask yourself whether they need to be included or if they’re muddying up the message.

The great writer Stephen King once said that he believed all bad writing was born out of fear.

Interesting coming from someone who has made a career out of scaring people, but I believe this is something every writer should take to heart. In my experience in coaching writers, I’ve discovered that the most common fear writers have is not being understood. Fear of not being heard causes people to over explain and to use more words than necessary.

This can also manifest itself in people’s speech and it subconsciously communicates fear and insecurity. You can overcome this by trusting that your readers will know what you’re talking about. Over explaining can be worse than talking down to your readers and it clutters up your writing with fluff.

So the next time you edit one of your blogs, ask yourself whether you’re over explaining and remove the sections where you’re saying too much.

#5: Use Metaphors to Create Impressions

“The greatest thing by far is to become a master of metaphor.”

Metaphors are the most powerful tool in writing, especially in persuasive writing or copywriting. If you become a master of metaphors, you can help readers to draw their own conclusions instead of having to over explain things. Just read these examples and notice how I create impressions through the use of metaphors.

”He finished his speech and slithered off stage.”

“The news hit him like a bucket of warm honey.”

“It was the Fort Knox of security programs.”

I imagine I’ll have a few writing nerds comment about how some of these aren’t technically metaphors. But we’re not trying to pass an English exam here. The point is to create impressions through relationships.

Just start by using one of your own metaphors in your next WordPress blog. Even one good metaphor every 500 words can light up your blogs like Las Vegas.

Now, let’s do a quick recap so you can apply these right away.