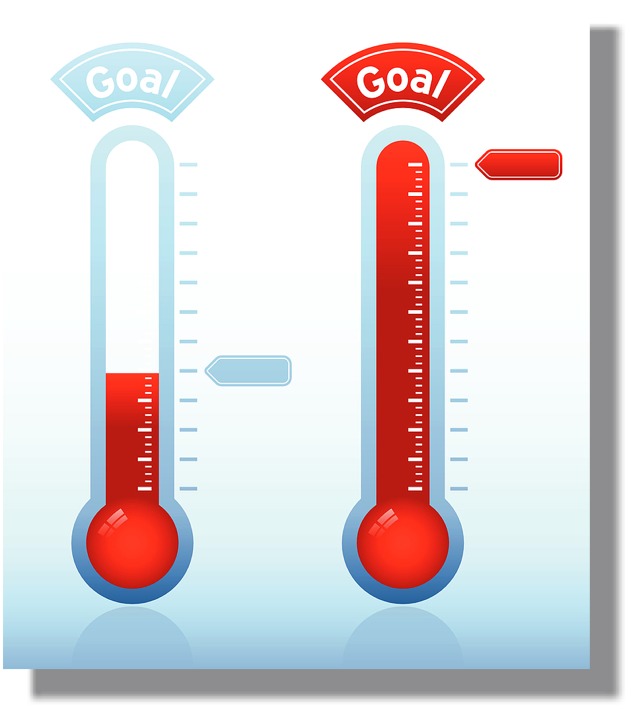 Have you broken your New Year’s resolutions yet?

That’s good to hear. But as the year progresses, it may be harder and harder to stay so steadfast. One thing that can help is public accountability. Announce your goal to the world, and then track your progress for all to see.

Tracking goal progress, it’s been found, can often be as much or more of a motivator than simply keeping your eye on the prize. Looking at what you’ve already accomplished can help you build confidence for the road ahead.

These five plugins can help you do that. Some of these plugins were not designed for personal goal tracking, per se, but most are flexible enough to be used for any type of goal tracking.

The ProgPress plugin allows you to put simple progress meters in various places on your site (including in a text widget) via shortcodes. 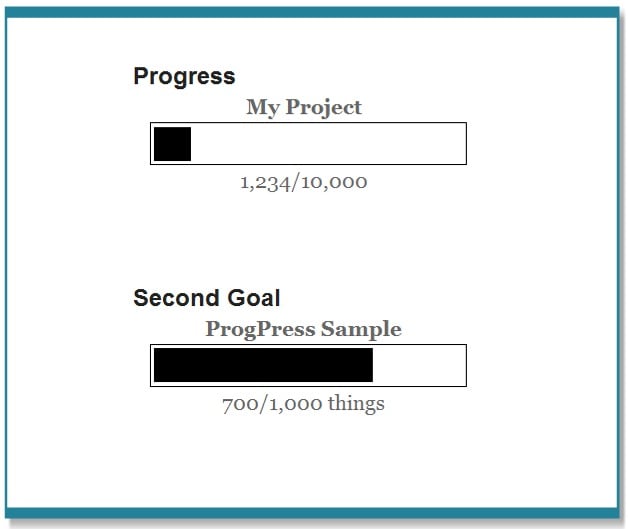 Although not fancy, it’s certainly easy enough, and it may be all you need. You can also have as many different meters as you like: just insert a new shortcode.

Take a look at a graphic that the Donate Goal Plugin uses as an example. 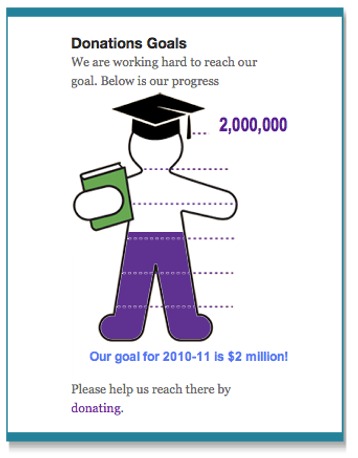 Although this plugin is billed as one to track donations, it doesn’t need to be limited to that. It could be set up to track all sorts of goals.

To give a quick example, I set up a system to track books read. I set the goal to read four books a month.

I then made a beginning stage graphic where none of the four books had a check mark.

Then I made a goal-reached graphic where all four books had a check mark.

In the plugin settings, I said I had read two books this month. The plugin automatically manipulated my images to show that I was halfway to my goal. 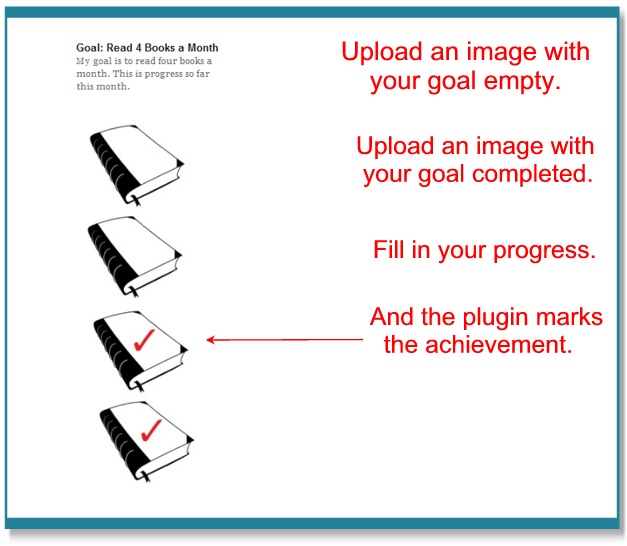 Here’s a look at the settings. 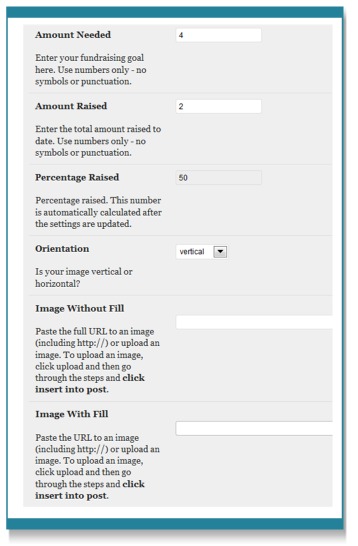 The TDD Progress Bar plugin lets you create colorful and animated progress meters based on percentage of goal completed. You can easily set up a number of bars and then place them where you like with shortcodes.

The Our Progress plugin tracks money goals with a various thermometer graphics. Unlike other plugins here, it cannot easily be used for multiple purposes. Because of the way it’s set up, it’s pretty much a money-tracking meter only. That said, it does its job simply with nice graphics. It is widget-based.

This widget-based plugin was set up to track writing goals, and it can do that easily enough; however, it is has the flexibility to be converted for other uses. 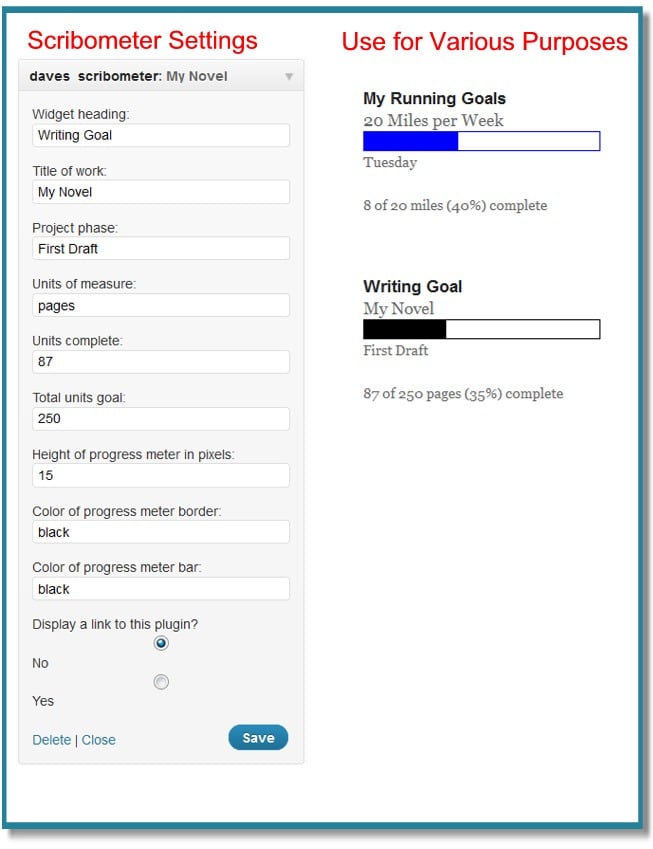