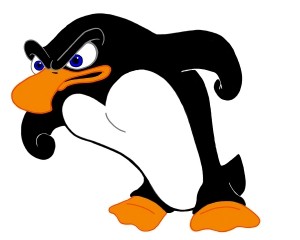 Google Penguin rocked the SEO world, especially for WordPress site owners. Heck, a lot of us were still recovering from Panda – an update released a year before Penguin, then the mighty Penguin hit.

From the get-go, there was a lot of confusion about Penguin. This is partially due to how it was rolled out. Matt Cutts, head of Google Webspam team hinted that an “over-optimization update” may be in the pipeline. Although Penguin does target sites which are over-optimized, that’s not its primary purpose.

In this article, we’ll be talking about what Penguin’s purpose is. We’ll talk about why Google decided to roll it out and how you can cut through the confusion and do what’s best for your WordPress site.

#1: Penguin Should Not Have Been a Surprise

To some, Penguin was a huge surprise. There’s nothing quite like waking up, checking your analytics software and seeing a massive drop (or spike) in traffic. So for anyone who had that happen to them, Penguin was a surprise.

For SEO’s and internet marketers who keep up-to-date with what Google’s doing, however, Penguin was no surprise. Thanks in part to Matt Cutt’s hints about over-optimization, we knew something was coming.

We also knew it would be similar to Panda. Ever since Google released Panda (or Mayday before Panda), their direction has been consistent. Each update has been designed to increase the overall quality of the search results in the long run. Google wants only the top websites to reach page #1. So they continue to update their algorithm to ensure their top results stay consistent and of the highest quality possible.

#2: Penguin Was Not (really) the Over Optimization Update

This made it particularly difficult to figure out why your site was affected. To figure out the problem, SEO’s need to double check on-page optimization, link profiles, etc. This is a lot of work, but we’ve seen Google reward sites that were penalized, but which made changes in response to being penalized.

Penguin was a shocker for some. But really, it’s not the first time Google’s rolled out this type of update. Google has different types of algorithm updates. They have longterm algorithms that they keep updating and refreshing (Panda), then they have one-time updates designed to sort out the rankings a bit (Penguin).

So although Penguin made headlines, updates like Penguin have happened before and will almost certainly happen again. We’re not talking about a one-time “Whew, my site made it through that one, looks like I’ll be okay…”

We’re talking about something which is a smaller step in the overall evolution of Google’s search engine technology.

After Penguin was released, the SEO community was outraged. Big name SEO’s were clamoring for Matt Cutt’s dismissal, internet marketers had no idea why their website dropped fifty ranks… it was madness!

In fact, people actually thought Penguin was a mistake due to the short term update side effects. Right after it was rolled out, there was more spam on the rankings – not less! It looked like Penguin had failed miserably.

Google came out and addressed the issue. Penguin was a webspam update, but it was also designed to underline Google’s philosophy on SEO. Google knows that SEO is an incredible way for businesses to grow. However, Google does not want to sacrifice the quality of their rankings just to reward people who work hard on SEO.

So at first, Penguin affected a lot of “white hat” type sites. This allowed new “black hat” sites to jump in the rankings. We were seeing a lot of junk advertisements on the front page for several popular keywords (might have been a good time to shop for Viagra).

The irony was that a anti-webspam update actually created more webspam. But after a very short time, Google cleaned up all the new spam sites that popped up. The end result? The rankings were cleansed and SEO’s got the message.

Google was willing to sacrifice short-term stability for a longterm increase in quality.

#5: The Little Known Difference Between Penguin and Panda 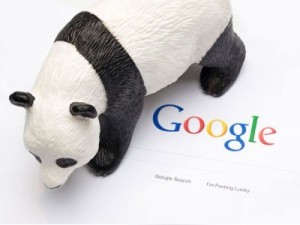 Panda is Google’s longterm algorithm. It’s been alive and kicking (hard) since last year. And Google continues to refine it.

Panda is about quality. With the Panda algorithm, Google can emulate a user better than ever before. They can track bounce rates, average time spent on a website, and average number of pages visited. They now use this information in addition to normal on/off-page SEO to rank sites. Panda, unlike Penguin, is a process.

Penguin, on the other hand, was a temporary cleanse, an event rather than a process. As mentioned above, it was designed to both eliminate as much webspam as possible, and show SEO’s what Google approved of.

Penguin hit a lot of “white hat” websites pretty hard. These were sites that built links, but built them in a way Google—until Penguin—seemed not to mind so much. As it turns out, a lot of SEOs were wrong about what constitutes white hat link building.

Now it’s become clear what types of links Google likes. Google wants natural links. It’s how they designed their algorithm to work. When someone likes a website, they link to it. That’s natural.

Therefore, all types of “link building” are unnatural by nature. With Penguin, Google’s underlined a stance on backlinks they’ve had since Panda. Links will help your SEO campaign, no doubt about it. But unless they’re natural, high quality links, they may be hurting you more than they help.

#7: You Can Protect your Site from Future Updates

As SEO’s and online business owners, we’re on Google’s territory. It means if we want longterm success and security, we need to play by Google’s rules. Going against Google can work temporarily, but could also have devastating consequences down the road.

Google’s a business. They’re #1 due to consistent high-quality results. When you search something on Google, you find what you’re looking for.

As online business owners, we need to stop looking at short-term SEO gains and start looking towards the future. Yes, building an authority site takes time. Yes, making sure the user experience on your site is as good as it can be takes time.

The end result is worth it, though. If your WordPress site becomes one that Google likes, you’ll never need to fear an algorithm update again.

WordPress SSL and a free alternative for secure WordPress logins

WordPress SEO Made Easy: 4 Tips to Double Your Traffic in the Next 30 Days