WPMU DEV Logo All In One SEO Reaches 10 Million Downloads – But Is It The Best SEO Plugin?

All In One SEO Reaches 10 Million Downloads – But Is It The Best SEO Plugin? 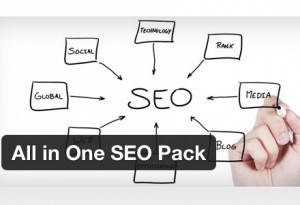 A couple of weeks ago, Jeff over at WP Tavern noted that the All in One SEO Pack plugin had reached 10 million downloads. That is quite the milestone, no doubt. And the plugin’s popularity shows no signs of stopping – there have been over 100,000 more downloads since the WP Tavern post was published.

However, Jeff made the point in his post that it seemed the WordPress community does not consider AIO to be the best solution. There is a certain plugin known as WordPress SEO by Yoast that is rather well-respected amongst many WordPress users. This is despite the fact that it has just 10% the number of downloads of AIO.

What does an analysis of the available data tell us? Let’s take a look:

Requirements and compatibility are similar. Both have been updated within the last three months or so. But as you can see from the downloads history, AIO is getting over twice as many downloads.

What is quite telling however is the ratings. Despite SEO by Yoast only having been downloaded 10% as many times as AIO, it has more ratings. Not only that, the average rating is much higher. And if nothing else, an average rating of 4.5 is a pretty stunning achievement, given the number of ratings.

So what do you think, noble WPMU reader? Are you an AIO guy, or a Yoast girl? Or do you use a completely different plugin – or no plugin at all? (Gasp!) Let us know in the comments section!