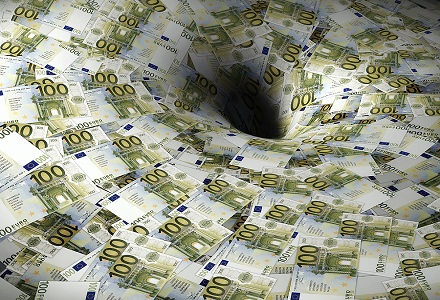 In many ways, Digg was the pioneer of Social Bookmarking. People were linking to articles and “digging” articles before they were liking and sharing them on Facebook or sending out mass Tweets on Twitter. When Digg was started in 2004, its founder Kevin Rose raised nearly $50 million from venture capital firms and at one time Google was going to buy Digg for $200 million.

Well, last week, Digg sold to Betaworks for only $500 thousand dollars. Betaworks purchased the Digg site, the servers and traffic as well as the author-base on Digg. A few of the Digg patents were already sold to LinkedIn for $4 million and the Washington Post, Inc has paid $12 million for some of the members of Digg staff.

Losing nearly $200 million in opportunity must be physically painful. I wonder how hard Digg is kicking themselves for not having signed the papers to Google and collecting the $200 mil when they had the chance.

For WordPress bloggers, SEOs, internet marketers and affiliate marketers, this needs to be a wakeup call. You can lose opportunity very quickly if you don’t understand what’s creating the quickly emerging (and disappearing) trends in Social Media. It all starts with becoming a student of the very thing which drives every trend: human behavior.

Lesson #1: Being Best Beats Being First

There’s a saying in marketing that goes:

Not sure where this came from, but it just doesn’t apply today.

Before Google, there was AOL, Yahoo and MSN…where are they now? Before Facebook and Twitter, there was MySpace…where is MySpace now?

Before Wal-Mart, there was Kmart and Sears. I could go on, but I think you realize that while being first gives you an edge for a time, you can get buried the moment something better comes along. In fact, virtual technology has made it much easier to backwards engineer an idea.

Even if you come up with a great idea today, someone with a better understanding of human behavior can repackage your idea and make it popular before people even know who you are.

I stopped using Digg when they started valuing their advertisers more than their users. I still believe that this is the primary reason they lost so much value over the past few years.

In business, it might seem like the “smart” idea to cater to the people who are spending money and keeping your bills paid. Maybe you’re doing this for the JV partners or AdSense users who are advertising on your WordPress site.

But this is a mistake in the long run.

Advertisers need traffic, and that’s why you need to value your users and readers more than the people who are paying to advertise on your site. This also applies if you’re only advertising your own products. It’s not about creating value and profits for yourself, it’s about creating value for your readers.

If you look at Google’s quality scores and requirements for SEO, PPC and the content network, you’ll find that Google will often frustrate advertisers with their strict quality guidelines.

I see people complain about this all the time. Some of them refuse to use Google PPC advertising anymore. They often say that since Google makes their money off of advertisers they should be more accommodating.

Yet, Google hasn’t been more accommodating to advertisers and SEOs. They’ve even gotten stricter and are many times cryptic about their guidelines simply saying you need to “create a better user experience.”

Yet, they’ve pretty much take over the internet. How is this possible? It’s because they continuously value their users over their advertisers.

Lesson #3: People Rank is What Matters, Not Page Rank

It’s mindboggling that so many people still think page rank, content creation and massive back link building are the foundations of good SEO. They’re not. Connection is the foundation of SEO. Having just one viral blog on your WordPress site, or on someone else’s site with your name as the author, can transform your online reputation.

Having thousands of back links and keyword dense articles or even thousands of pages of content that no one reads means nothing. I learned this from seeing thousands of articles bookmarked on Digg which had only Digg (the one from the author).

Digg had basically no quality filter on the content being linked to either. All you had to do was write something that was 80 to 90% original, fill in a few fields and submit the bookmark. Some marketers would even set up multiple accounts and Digg their own articles or pay people on Fiverr to beef up their Dig count.

These people are playing the numbers game and think that they’ll win rankings because of it. They won’t, and the more social the internet becomes, the more dangerous it will become to build a business based on bank linking and high volume content creation.

In his upcoming book “Stop Marketing and Be Remarkable,” Tony Montano, owner of Review Buzz, said:

That’s a piece of wisdom that, if practiced, can change your business…

Lesson #4: Self-Promotion is no Match for Social Promotion

One of the things I’ve noticed on Digg over the past several years is that articles promoted by the author themselves are much less likely to go viral. There seems to be something in the human mind that devalues self-promotion. It makes you look like you’re low value if you’re promoting yourself more than your customers, your readers or your followers are promoting you.

I also believe this is a reason Digg tanked in value. Again, there were no real quality filters when it came to measuring the social value of the articles being bookmarked on Digg. How much different would things have been if they’d accepted only articles which were promoted by someone other than the author and allowed authors only one account?

I’m guessing they didn’t do this because it would have taken some effort to enforce, but taking the easy way out is almost certain to lower your value in any business.

Self promotional is a lot easier than Social Promotion and it does create some results in the beginning. But Social Promotion is hundreds of times more effective in the long run and well worth the upfront battle.

Lesson #5: Don’t Just Go Where the Fish Are, Get the Right Bait

A lot of bloggers assume that popularity is the key to success. They think because a Social Media site has a lot of users, all they have to do is get their content in front of those users by publishing or linking on popular Social Media and Social Bookmarking sites. This “go where the fish are” mentality is worthless if you don’t have the right bait to begin with.

Digg was very popular in the beginning, but their low standards when it came to content book marketing and publishing severely decreased the value of their online real estate. There are a TON of garbage articles bookmarked on Digg, proving that any website with low quality standards is just asking to become a low value content farm.

I stopped linking to my articles on Digg a long time ago when I realized how easy it was for just about any article to be approved. Internet marketers and bloggers were paying writers in non-English speaking countries to crank out cheap content at less than a penny a word. Those articles wouldn’t have a prayer on sites where there were human moderates either approving or rejecting the articles.

This does take more work and it’s a lot slower, but internet marketing is not a numbers game. It’s about creating Social Value. If you stop applying the popular “rules” of SEO and Social Bookmarking and become a student of human behavior, starting with these 5 lessons, you can avoid Digg’s mistake.

Who knows? If you do it right, maybe Google will be knocking on your door with an offer someday.