Close
WPMU DEV Logo Does SEO Really Have Only 2 More Years to Live?

Does SEO Really Have Only 2 More Years to Live? 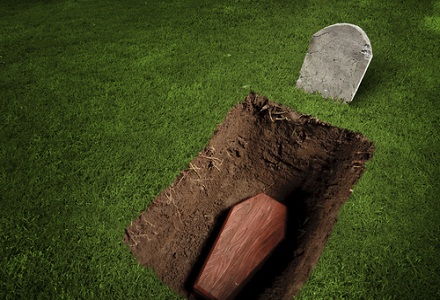 “Google is in the process of making the SEO industry obsolete, SEO will be dead in 2 years.”

– Adam Torkildson, (quoted from a recent article in Forbes Magazine)

I’ll probably never tire of writing these blogs on how to optimize your WordPress site. However, this time, instead of telling you where I believe things are headed, I’d like to bring you some news about what a recent article in Forbes Magazine said about the future of SEO.

You can find the article, “The Death of SEO and the Rise of Social PR and Real Content” on the Forbes website. Yes, another article about the “death of SEO,” but you’re about to discover why this one is more than a bunch of hype.

Some Alarming Claims About the Future of SEO

Adam Torkildson, a nationally recognized expert in SEO in the United States who was interviewed for the Forbes magazine article, said that Google is actually the company responsible for killing SEO. That’s ironic considering that Google is the company who practically gave birth to SEO. But is this claim just another one of those “The sky is falling” rants that we need not pay attention to?

I don’t know, but I bet if you asked the people whose sites tanked during the Google Penguin update and the introduction of Panda, they’d tell you there’s some truth in what Adam is saying.

A lot of people were surprised when their sites went the way of the Titanic, even companies who assumed that they were doing things the right way. I also read a lot of blogs which speculated that Google might even be targeting WordPress sites since many of the sites which were penalized were built on the WordPress platform.

Hundreds of WordPress blog networks were also penalized as content farms and some SEOs lost the blog networks which they once depended on to build back links for their clients. 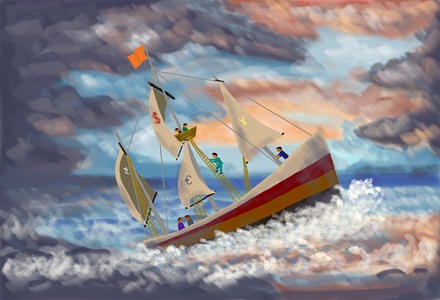 While some still speculate that Google has it “in for” WordPress, It think it’s more likely that WordPress sites were targeted because so many solo entrepreneurs and freelancers use WordPress. Many of these one-person start ups and are still trying to apply the old rules of SEO to get their sites to the top of the search engines, and I can’t blame them really.

I understand it’s a lot cheaper to buy hundreds of bank links than it is to hire a capable writer to consistently publish good content on your blog. But even if you’re working with a shoestring budget, it’s important to consider what you’re asking for long term.

My hope is that in reading this, you’ll avoid being a part of the next “Google weed out,” by making your WordPress SEO strategies more user-focused.

What Will Replace SEO When it is Gone?

Okay, so if SEO is going to end up “picking turnips with a step ladder” just two years from now, what will replace it?

Won’t Google, Yahoo and MSN still need to determine which sites will rank on the first page of their search results? Of course they will, but the mathematical, formula-based approach to SEO is, and has been, outdated for some time now. These days, it’s in the process of being replaced by something which is more dependable in weeding out spammy sites.

That one thing is Social Media.

Here’s an excerpt from the article I read in Forbes Magazine:

“Google proved Adam right one month later (to the day) with the “Penguin release” that is a code name for the algorithm that decreased search engine rankings of companies who were using schemes to artificially increase their rankings. Google decided to change the weight of their emphasis from “backlinks” more towards social media likes, shares, tweets, reddits, and 1+ (Google’s obvious favorite.)”

A couple of years ago, when people first started posting the Facebook like buttons, the Twitter Retweet buttons and the Facebook share buttons on their websites, I wrote some blog posts about how these “social votes” were soon going to replace back links. Now, it’s happening, and Google has been saying for years that building back links is against their web master guidelines.

Yet back link building is still considered to be a fundamental practice of SEO.

It’s because for a long time, Google had no other means of determining how socially valuable a website was. Now they do, and they’re in the process of updating their algorithms to make their ranking practices more socially focused.

Maybe these changes haven’t trickled down to every site on the internet, but they will. In fact, I suspect that by 2014, SEO will be completely replaced by what many of us still call Social Media marketing. 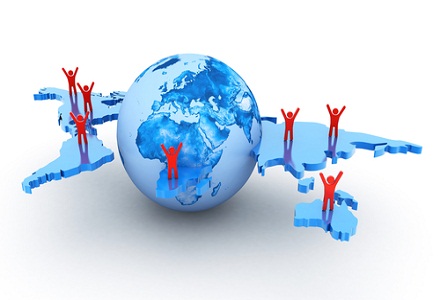 Here’s another excerpt from the article in Forbes magazine:

“It’s about social “shares”, and you can’t fake that (easily). Now with recent policy changes, Google knows who everyone is once they open themselves up on the social realm. They will be able to tell the fake people. Facebook already knows. Adam did a test by creating 1000 fake accounts a year ago, but today they have all been banned.”

The banning of fake accounts is something we’re going to see more of as Social Media takes over the world of SEO. Many SEO and reputation management companies have realized that reviews and user generated content are important for SEO, but they’ve responded by creating impersonated reviews using fake social media accounts.

What is Google doing about this? Just a few months ago, they started requiring anyone leaving a review on Google places to have a Google + account. I believe that this is just the beginning of Google’s mission to rid the internet of phony reviews and testimonials.

Here’s another quote that I found interesting

“We hardly do any of the old SEO stuff. It still brings results, but not like it used to. Google is pulling the rug out to provide better search for their audience. They are rooting out the counterfeiters. Now it must be real, valuable, content, and lots of community value and interaction.”

This is where the real wisdom is about optimizing your WordPress blog. You need real, valuable content with lot of community value and interaction. If you don’t already have your WordPress site more “socially optimized,“ I suggest you look into the following plugins, get them installed and start using them right away:

SEO is on life support, Social Media is taking over at an alarming rate. It’s either make these changes now, or be forced to make them when the Google updates finally catch up. On the bright side, if you catch the wave early, you’ll be able to rank high above your competitors who are still trying to “game the system” using the soon to be irrelevant practices of SEO.

See you on top.