Everything You Need to Know About Blockchain and WordPress

The subject of encryption is nothing new for WordPress developers. In fact, it’s an essential part of any solid WordPress security strategy.

As security, in general, becomes a hotter topic in this digital age, it’s no surprise then that developers would find other uses for encryption technology. But what are your thoughts on blockchain? Does this form of encryption have any place in WordPress? And is it even worth looking into if it really only translates to a few customers a month opting for the cryptocurrency payment method?

With the words “blockchain” and “Bitcoin” on everyone’s lips these days, it’s important that we ask ourselves these questions. After all, if this is where we’re headed in the future, it’s up to you to make sure your clients’ WordPress sites make room for this technology. The problem is, users and businesses alike are reluctant to use blockchain technology in WordPress due to the shakiness of the market (and they have a good reason for it).

So, let’s talk about what we do know about blockchain and WordPress and see if there’s something of value here that you can use.

What You Need to Know About Blockchain

When you hear the word “blockchain”, the first thing many people think about is Bitcoin. But there’s much more that can be done with this encryption technology than just payment processing capabilities.

What is Blockchain Technology?

If we break the word down, here is what we’re looking at:

However, it’s not like a traditional database that only allows for one-at-a-time access to create and edit records. Instead, blockchain networks are publicly available and have no one server they reside on. Because they are decentralized, this means that anyone can use the database to store and share data simultaneously; anywhere and anytime.

There is also the encryption piece to consider as well. While all peer-to-peer transactions that take place on a blockchain are available for the public to see, they are fully encrypted. This means that anyone can see that a transaction took place over the network; however, the private keys used in it keep the details of the exchange private.

What Is Blockchain Technology Used for?

Blockchain technology was developed and released to the public in 2008 by an unknown developer, referred to as Satoshi Nakamoto (no one knows who he, she, or they actually are). In 2009, it was put into practice as the core element of the new cryptocurrency, Bitcoin.

Cryptocurrency
The most talked about use case of blockchain technology is, of course, the creation and management of cryptocurrencies like Bitcoin.

According to The Motley Fool, there are currently over a thousand cryptocurrencies in existence. That said, it’s suggested that only 20 or so of those currencies own the majority of the cryptocurrency market, which totals about $369 billion.

Cryptocurrency is nothing more than a highly encrypted digital currency that exists on a blockchain. It is not regulated by any entity, which means banks and government have no control over it. It lies solely in the hands of the public.

While cryptocurrencies like Bitcoin continue to grow in popularity because of their inherent security and growing value in the market (last December, a bitcoin was valued at $19,000), it’s a volatile market. Which, as you can imagine, makes businesses reluctant to start accepting digital currency.

But blockchain technology doesn’t just open the possibilities for a new type of currency. These digital ledgers have other uses which may interest you as a WordPress developer.

Other Uses for Blockchain
What blockchain ultimately boils down to is encryption. And, as you’re well aware, encryption can come in handy any time you’re trying to secure sensitive data, be it financial or otherwise.

Here are some other examples of how developers are beginning to make use of blockchain technology on the web: 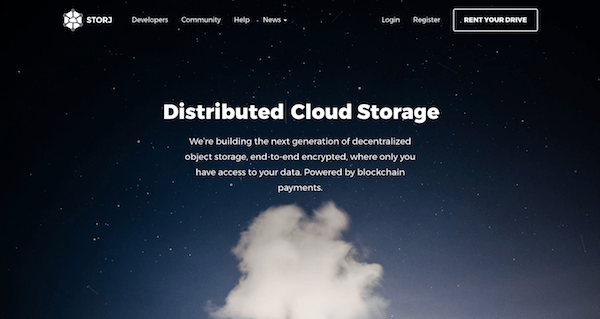 Cloud storage is definitely one type of blockchain technology that WordPress developers should pay attention to. Not only does it relieve your web server of the weight of your files, but it creates a more secure location for your content. Solutions like Storj and Filecoin currently exist for this.

With so many problems stemming from poor password practices, this is an interesting one to consider. There are companies offering this type of encrypted identity verification that enable users to decide how they want to access their applications and which information is shared with them. ShoCard and IBM that currently offer this. 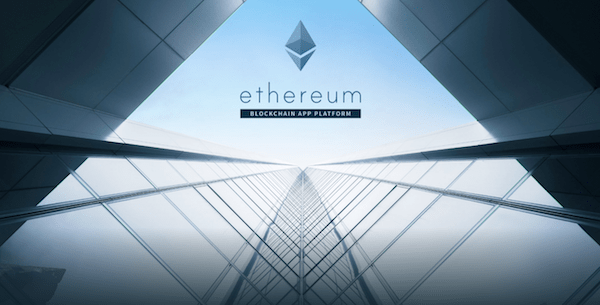 Your business, as well as those of your clients, need protection in the form of contracts. There are also businesses that use similar contractual documentation like licenses (think of like a stock photography or music site) in order to protect their content. However, those documents aren’t always 100% iron-clad in keeping your business and intellectual property safe, which is why an encrypted “smart” contract could come in handy.

However, as the MIT Technology Review explains, Ethereum, the smart contract technology behind smart contracts, is still in the very early stages and has demonstrated that it’s not totally foolproof. So, this is one type of blockchain technology you should be aware of, but maybe not pursue just yet.

Blockchain and WordPress: A Practical Guide

Now that we know what blockchain technology is and how it can be used, let’s talk practical applications of it in WordPress. Specifically, let’s focus on cryptocurrency integration as that technology has been tested and confirmed to work in WordPress (whereas the others are costly and still works in progress).

The Benefits of Blockchain Technology in WordPress

No matter how much we do to secure WordPress, our sites are still vulnerable to attack. It’s just the nature of working in a CMS that’s as popular as WordPress. Hackers know its weaknesses and many users still don’t give security the proper attention it deserves.

For e-commerce websites, in particular, this means your customer data is especially vulnerable to theft, which is why you take special precautions to secure sites that conduct financial transactions within them.

Using a secure and reliable payment gateway provider is one way in which you can fortify e-commerce websites. And you do always have the option to move payment processing completely offsite and to the gateway of one of those providers, which ensures that additional PCI compliance and security are in place.

Now, thanks to the growing popularity of blockchain technology, you might start thinking about adding Bitcoin payments to that list of e-commerce security practices.

Curious to know more about the benefits of accepting Bitcoin (and other cryptocurrency) payments through WordPress? Consider the following:

If you think about it, traditional payment gateways and banks can get hacked. And if that happens, customer data is out there in full view–as is that of the company because all the information is stored in one place. With blockchain technology; however, hackers cannot see who was involved in the transaction. It’s also near impossible to break through the encryption and try to move money out of a blockchain once it’s registered in the ledger.

Cost
For this one, you’ll have to pay close attention to the payment gateway you’re using to accept cryptocurrencies. Typically, though, the fees associated with Bitcoin payments tend to be much lower than what you’d have to pay for something like a credit card or PayPal. However, always read the fine print before adding a gateway to your site to ensure there are no hidden fees.

Speed
This kind of “speed” doesn’t have anything to do with WordPress site performance and, instead, has everything to do with the speed at which you’ll get money owed into your account. Because you don’t have to wait for banks and credit card institutions to process the payment, this is a much quicker way to get guaranteed cash from customers.

Location Independence
With certain payment gateways, you have to be mindful of which countries they’ll accept payments from. If you have countries that reside outside of the approved list of countries, then you may find the inconvenience factor is enough to drive customers away from the purchase. With cryptocurrency, however, there surprisingly aren’t too many countries that have outright banned Bitcoin.

So, if you have a global audience, this might make Bitcoin an even more attractive option for payments offered.

Inflation
Although Bitcoin is often viewed as unstable as exchange rates can greatly fluctuate on this currency, the highs of Bitcoin can be, well, very high. If your business is willing to gamble on the value of accepting Bitcoin as a form of payment, and you’re careful about monitoring its fluctuating value, you may be able to use this to your advantage to make more money.

Innovation
The list of brands accepting Bitcoin payments is growing year after year. If you want to stay ahead of the curve and develop a reputation for your site and brand as one that’s forward-thinking, integrating Bitcoin into your WordPress payment processing workflow could bolster your reputation.

Also, if you can demonstrate that blockchain technology was already beneficial in WordPress once, you will have an easier time convincing your clients to adopt other forms of it in the future (like the smart contracts).

Although there are a number of cryptocurrency payment tools available online, they’re either missing a direct WordPress or WooCommerce integration or, if they do have one, it’s not very well-reviewed. So, when you want to safely accept blockchain payments in WordPress, you should use one of the WordPress Bitcoin plugins that accept them:

Blockchain technology might currently seem like a novelty and, to many WordPress developers, like a temporary gimmick you can use to lure in tech-savvy end users.

The fact of the matter is, there are some real benefits to accepting blockchain-driven payments in WordPress. Security–which is always a major concern for us– is the leading reason, of course. Then there’s the fact that there are a number of well-reviewed WordPress plugins that make integrating them quick and painless.

If you’re trying to keep your WordPress site ahead of the curve and you know there is a demand for cryptocurrency payments, think about giving this a shot. You never know where blockchain technology will take us next in WordPress, so it’s always good to get a head start.

Over to you: Do you believe blockchain technology (and not just cryptocurrencies) will play a big role in your WordPress web development projects in the future?