Today I had the opportunity to chat with Andrew Powers about the new version of PageLines.  PageLines has been around for quite a while now and I had worked previously with their theme framework for some clients over a year ago.

I got to take another look at their product while attending WordCamp New York this summer and was very impressed with what they were making available to developers right inside the WordPress admin.  They’ve just announced the latest version and it’s by far the best work they’ve done yet.

Let’s get straight to it, shall we?

Who are you and what is your role at PageLines? 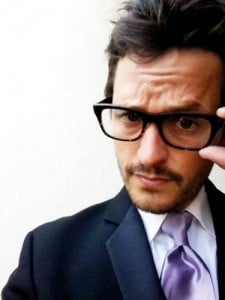 Hi there. I’m Andrew Powers, right now I’m both the founder/CEO and a product lead for PageLines framework and site. I still do lots of the design and product strategy; although we have some really good developers working with us these days.

Who is the target customer for PageLines?  You provide a great “theme”, but your tools are clearly targeted towards those who build sites. Who can take advantage of PageLines?
The vast majority of PageLines customers web enthusiasts that just want to build something beautiful that they can maintain and manage on their own. In effect, they are sick of not having control of their website and marketing.

We’ve always targeted and built tools for people building full on websites. WordPress has been a great starting point, but there has been an opportunity for us to build tools that allow for better design management; and that’s what we’ve executed on.

The people that would benefit from PageLines most are of two types:

What does PageLines offer that’s unique from other premium theme and framework companies?

Well, we’ve always had our own approach to the way the product is developed. Our approach is to focus on user experience and make sure we’re using cutting edge technology and best practices.

PageLines is fundamentally a platform for drag and drop web design. We’re the only people doing that right now; and we have some seriously cool top-secret stuff under development =)

Another advantage is that we’ve built a lot of the Bootstrap design library into the framework. That’s given us standards to work from and some really cutting edge interaction design.

Also, to my knowledge, we’re the only framework period, that has a live {LESS} engine built-in. That means that you can write your own LESS into the customization options and it works just fine.

Outside of the product, we have a super strong community and some really powerful support options. For example, we just launched 24 hour live support.

PageLines provides a “store” feature within the WordPress admin interface? How does that work and how can folks take advantage of that?

Well, we think that the concept of ‘modular’ drag and drop web design is the winning approach to building websites. WYSIWYG stuff has always been *crap* because you have to basically redesign everything from scratch. And the interfaces are horrible.  With themes, on the other hand, you have to be a ninja coder to customize them.

One bottleneck (without the store) is that people are still stuck with only the tools we give them.. The store solves that problem by providing users tools to extend their site, and developers an incentive to build and support them.

You’ve just announced/are announcing version 2.3, what’s the most exciting thing to look for in this release?
There’s a bunch of exciting things to look forward to in 2.3.  Personally, I’m excited about the new icon font stuff. I have a retina MBP and I’m sick of looking at pixelated images everywhere. This helps solve that.

Finally, as of 2.3 there is zero CSS in the framework. We’ve moved to 100% {LESS} which means sites are faster and they are less prone to CSS issues (because LESS is organized better, it’s easier to avoid cross contamination bugs).

Anything else worth mentioning?
Sure, we are hiring! So if you’re an amazing developer, designer, or marketer, then get in touch.