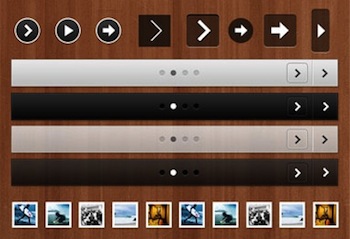 If you are anything like me, designing the website of your dreams can be a rather masochistic affair. My mindless perfectionism often gets the best of me, and I will willingly spend hours designing one little tweak that barely anyone will ever notice.

But in recent times I have made a conscious effort to recognize the value of my time. We all only have the same few short hours every day to play with – it is what we do with those hours that makes all the difference. I don’t want to get too philosophical here, but the concept of spending a little money to get something that just works has become more and more appealing to me.

Which brings me to the faithful WordPress content slider. Although one could argue that it is now overused, to me it still remains one of the easiest ways to add a little pizzazz to your WordPress blog. And whilst there are plenty of free options out there, if you are after unrivaled functionality and ease of use, I believe there to be only one option: SlideDeck 2.

Not Just Another Slider Plugin

Whilst I am pretty handy with HTML and CSS, I struggle a lot with transferring ideas from my head to the screen. So I love it when a plugin or theme developer goes to the trouble of creating something that makes your website look extremely slick, regardless of your technical and/or creative ability.

That is what Digital Telepathy have done with SlideDeck 2. They have taken the potential functionality of a slider plugin about as far as I could imagine it going. Not only that, they have packaged it in such a way that allows even the most technically-challenged folk to create whizzbang sliders in mere minutes.

You may be familiar with the original SlideDeck – we featured it back in 2010. For version 2.0, the folks at Digital Telepathy have added a glut of new features to keep it in line with the evolving state of the web. Here is a short selection of the new features:

If you will forgive me a geeky moment, SlideDeck 2 is really cool. Unfortunately I am unable to embed some examples within this post, but you can check out demos of what is possible here.

In my opinion, one of the big selling points of SlideDeck 2 is the ease with which you can create highly configurable sliders for your website. To be honest, I was initially skeptical as to how easy it would be, but was left pleasantly surprised after having a fiddle. Plugins that utilize external content sources (such as Flickr or YouTube) often fall to pieces in terms of ease of use at the integration stage, but that is not the case with SlideDeck 2. 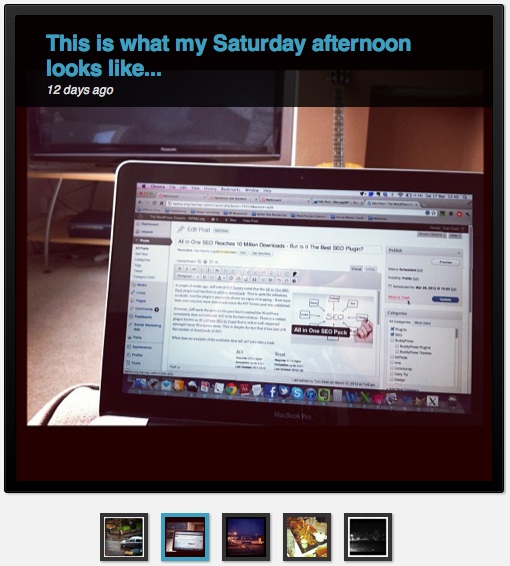 I had the above slider (which pulls images from my Instagram account) up and running within 34 seconds. Seriously – I timed it.

Not only that, the ease with which you can adjust the look and feel of your sliders is extremely satisfying. The developers really have gone out of their way to make the process as easy as possible. There are an awful lot of plugins that can learn from SlideDeck 2.

WordPress is of course open source, and new plugins are released on a daily basis – most of which are free. This abundance of choice inevitably makes us rather picky. With that in mind, there are typically two things I look for in a WordPress plugin:

If I come across a plugin that ticks both these boxes, I will at the very least be interested from a journalistic viewpoint (that’s right – I referred to myself as a “journalist”). If I come across a plugin that I actually want to use for my own projects and it is both functional and easy to use, I reach the point at which I am willing to pay for it.

Having said that, SlideDeck 2 aint cheap. You’re going to really want what it has to offer in order to justify the cost. A one site licence will set you back $79 – more than what most themes cost. An unlimited licence costs $299.

To be honest with you, I am surprised at the cost. Whilst I really love this plugin, I couldn’t possibly justify spending $79 on it. My guess would be that it is aimed more at developers (hence the inclusion of the developer kit with the unlimited licence), rather than “casual” blog owners. I can certainly consider myself priced out of consideration.

However, if you are looking for the best slider solution for WordPress and are willing to put up the cash, I cannot think of a better option than SlideDeck 2. Click here to buy it now.

Is There A Free Version?

The short answer – not right now. A recent post on the SlideDeck blog suggests that a free version will be released in the future, and it is a safe bet that this will happen, as it did with the original SlideDeck plugin. You can of course expect there to be limitations in its functionality.