Automate Your Social Media Automation with WP to Buffer 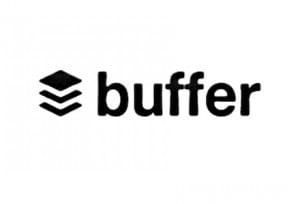 Last month I got all warm and fuzzy about the social media sharing app Buffer.

And with good reason — in my humble opinion, it is the best of its kind. Not only does it offer awesome functionality, but it is constantly being developed and improved upon. And the guys at Buffer love WordPress. They purchased the popular social sharing plugin Digg Digg and have been updating it regularly ever since.

But they’re not the only ones at it. A chap called Tim Carr has gone to the trouble of developing a free WordPress plugin that goes a long way towards integrating Buffer with WordPress.

There’s nothing quite like automation — the concept of setting something up once, and it doing its job perpetually with no further input required. You have to be careful with automation when it comes to social media though, as it can come across as a bit ‘lifeless’ or even spammy.

The concept is simple — you finish a post, hit publish, and WP to Buffer pushes the post to your Buffer account, where it will be published at the optimum time: 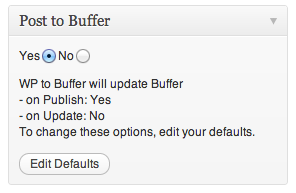 As you can see from the above screenshot, you can also set WP to Buffer to re-buffer a post whenever you update it.

The plugin’s settings screen is unnecessarily accessible via its own sidebar menu (dear plugin developers — single page settings screens do not deserve their own top-level menu).

The authentication process is pretty simple — whilst you do have to set up an app within Buffer (this will be familiar if you’ve ever connected Facebook to your WordPress site), the plugin offers all the instructions you need.

Once connected, WP to Buffer’s full functionality will be revealed. The first thing you will want to make note of is the different fields you can display in your tweets:

As you can see, just about every piece of information you would want to include is made available. You can also add any custom text as you see fit. Here’s the template I use for my blog: 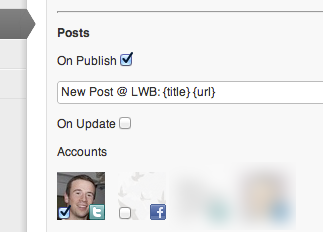 There is a good argument that you should keep a plugin like this as simple as possible, but I do have a few thoughts on how this plugin could be improved:

Having said that, for people who are looking to streamline their post promotion process even more, WP to Buffer is a great option.