Close
WPMU DEV Logo Thanks for taking the stand against SOPA, WordPress

Thanks for taking the stand against SOPA, WordPress

The past few weeks have been interesting for non-Americans. Some of us have been following the SOPA controversy closely, while others just don’t give a damn. That’s not a good idea, if such a monstrosity would be passed in the States then it would surely strike back at us in the rest of the world as well, Europe in particular.

I don’t want that. Don’t fuck with my internetz please! 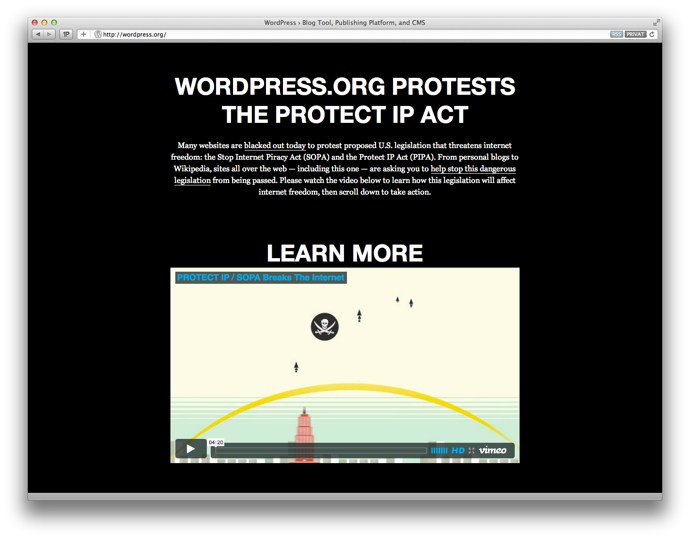 I’m not sure I’m thrilled about this blackout thing though, which should be over when you’re reading this. Sure, it gets a lot of press and gets noticed, but even if it is just to prove a point, I think “turning off” the internet is a silly thing to do. To me, that’s the wrong message to send, but maybe that’s just me. It doesn’t really matter.

What matters is this: WordPress is taking a firm stand against SOPA, and against PIPA as well.

So thanks for standing up on the behalf of us all, WordPress! Even if not all of us are Americans, we’re behind you on this one. Let’s just not stop being vigilant about these things, there’s always something new and evil that needs to be nipped in the bud before it unleashes Armageddon on us all. SOPA will be rephrased, perhaps rebranded, and possibly snuck under the radar to avoid this type of backlash. That shit always happens, all over the world, all the time.

Stay sharp. There’s more of this nonsense to come.