What Secret Projects are Automattic Working On?

So, everyone’s favorite state-sponsored news outlet has reported on an extended interview with Matt Mullenweg regarding his plans plans for the future, and amongst lots of niceties regarding mobile, open source, remote working and all that jazz, there was a gem of a quote:

“There are things we’re launching this year that we’ve been working on literally for three or four years that are not public.”

Forbes – An Extended Interview With WordPress Creator Matt Mullenweg (the rest of Matt’s quotes are taken from this post, too).

Which naturally whetted my appetite for some serious speculation on exactly what these “things” may be. And hey, I figured I’d share it with you guys. Counter speculation, ridicule or riposte is welcome!

So, without further ado, I reckon Automattic might be…

Working on a WP Marketplace to Compete with Envato via Jetpack

Matt really, really wants Jetpack to be a big deal, and I bet that one way or another I was right on the money back in 2011 when I called it pretty much the trojan horse of WP. Specifically, Matt wants to grow Jetpack:

Although the stats do confuse me. I always figured that at least half (or much more) of the 22 per cent was wp.com sites (with only VIP sites excluded), so 60 per cent of that 22 per cent would surely be 100+ per cent of self-hosted sites. Feel free to correct me in the comments.

He wants Jetpack to have much greater saturation thap it already does. I, for example, was personally told a year or so ago that Mad had insisted  Bluehost include it as their only auto-activated and installed plugin on install – no others allowed, including the WPMU DEV dashboard, bah! I expect that approach has been applied to pretty much every other WP host out there, maybe helped along by a few strategic investments.

And it’s probably been great for wp.com growth –  about 1+ billion monthly unique views is not to be sniffed at in terms of data, even if the user base isn’t gigantic. Combine that with an even larger user base and things get interesting.

To have a successful marketplace along the lines of ThemeForest and CodeCanyon, you need a massive audience, although whether the developer audience that Envato has so studiously cultivated would be there – or more significantly move there – is another thing entirely.

The one thing you can’t sniff at is that Envato is making an absolute shed-load of money, and I think VCs the world over would be interested in what the parent company of the product they make all their cash off could manage to do should they so chose to, $160 million interested, perhaps.

I’d wager this probability as being high.

But these guys are no mugs, taking a share of the ticket (even if it’s an enormous share, and a lot of tickets) is nice, but at volume a subscription service is far better, just ask the telcos. In fact, ask me too! From Matt’s Forbes interview:

People think that WordAds and VIP are big parts of our business — they’re about 10 per cent each. They’re important and for many reasons we invest in them, but the vast majority of revenue comes from subscriptions, the other 80 per cent. So people signing up for WordPress.com to get extra features or a domain name.

Another tidbit I picked up off the grapevine was that the the WP.com subscription service is largely made up of domain sales (and recurring costs), although I’d probably not attach too much weight to that, especially given the margins on domain sales (minimal) hardly stack up to the margins on other premium features (more or less 100 per cent) offered by the service – but what do I know!

And, of course, third party hosted sites aren’t going to be that interested in domains. But premium themes, premium plugins, off-site storage, backups, CDN services, security scanning and a bunch of other stuff? Well, that’s an option. Plus, if you look at how significantly they’ve cranked up the cash-in on Akismet, I think that could be a precursor to the future of Jetpack.

I don’t reckon third party sites are going to be interested in advertising options, but I do think that they would happily trade a couple of hundred bucks a year for a solid set of functionality, and more for support – after all, you can establish (if not start) a company on great support.

This is already kicking along with VaultPress and VideoPress. Why wouldn’t they want to turn on the pipes?

I’d rate this as certain, cos it’s already happening.

This is where I get a bit stuck. I’m somewhat of a mobile dunce and, to be honest, I’m convinced most WP plays in that space so far will end in sad failure because the demand just isn’t there. Who really wants a mobile app for their site? I don’t, and surely as the owner of the leading WP blog on the web I should. Maybe I’m just stupid ;)

But one doesn’t mention mobile 10 times (yes, I counted, well, Chrome did, anyway) in a couple of thousand words unless you really mean it.

Although, it’s quite apparent what they are after, namely a new interface that:

…works fluently whether you’re on the desktop, a tablet or notebook and [provides] a consistent experience between them.

Right now only about 30 per cent of our active users use our mobile apps and I want that to be half within a few months, and a plurality by the end of the year.

So, this isn’t one of the secret projects we don’t know about – it’s just better mobile, but that doesn’t mean that there isn’t something else on the horizon. 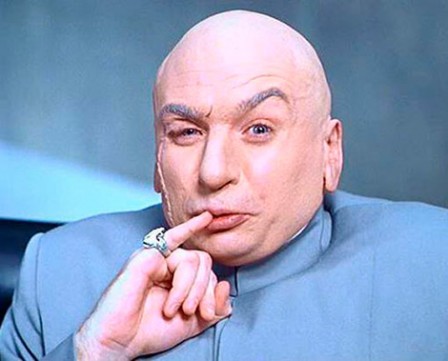 Maybe it’s some sport of Kindle for writing OS platform to compete with Android, iOS and Kindle itself. Maybe there’s even hardware there. Who knows? I can’t imagine that there’s any sort of play here that would really make a difference – especially an OS difference – to Automattic’s share of users on either of the two major platforms right now which would even approaching a fraction of their current dominance of the publishing market on the web.

Although 10 mobile engineers doesn’t really seem enough to have a good crack at that. We’ll see.

I’d rate this as wildly speculative, but you never know.

All or None of the Above, But Definitely a Platform (or a Service) Rather Than a Product

Of all the things that I am pretty certain about, it’s that whatever they do come out with it’s going to be something that you do stuff on or subscribe to, rather than a product.

There are a couple of reasons for this, the first being that the progression of WordPress is fundamentally an open, transparent and community driven process, even if the majority of it comes from Automattic employees. It happens in the open and thus there is little, if anything, to hide. Further, manipulating that process to suite a commercial product release down the track would be too rotten for even the rottenest sorts.

The second is fundamentally commercial. Platforms and services used by enough people make serious money. Products don’t, especially digital ones. Let’s go back to the $160m investment. That doesn’t happen because you show someone a plan that doesn’t make a real heap of money. Jetpack can be a platform and/or a service to a vast untapped audience of consumers, a new platform could shake things up and if Matt really pulls a move of WP magnitude in the mobile space the same way he did on the web, that would be the platform to end all platforms.

Regardless, three or four years of internal development is a loooong time with doubtless significant resources behind it, perhaps $10-15 million in losses per year in fact. Maybe even a team of 40 (reading between the lines of the article). I’m sure it will be something of significance and that they will be aiming to shake up the WP world in a big way, if not the broader tech space itself.

What do you reckon? Am I on the money? Hopelessly blind to reality? Looking forward to hearing your opinion!

Upgrade to a supported browser

Your browser doesn’t use the latest web standards. For better performance and full access to our features, upgrade to one of the options below.

Or, continue with Internet Explorer 6.0