BuddyPress 1.6 has finally dropped! We’ve all been waiting on the edge of our seats and this makes for a happy Monday.

Last night I heard hints from @bptrac on Twitter of BuddyPress 1.6 about to be released:

When I woke up in the morning, the shining new BuddyPress 1.6 was ready for download!

There are a lot of exciting new features of in the 1.6 release, as well as hundreds of fixes that make BuddyPress the best it’s ever been. Here are a few updates that should make you want to upgrade as soon as possible.

There is a new activity management screen in the WordPress admin area. Within the Activity admin screen, you can filter to show a specific activity and display all its child activities on the same screen.

Activity items are also now checked for blacklisted words and flooding protection has been added. When marking a user as a spammer, it now flags all of their activity items as spam instead of simply deleting them.

On the directory pages, database queries have been reduced by 25% – 50%. This is great news, because it means that BuddyPress will perform faster and more efficiently. The development team has thoroughly updated the platform to make sure that this is the fastest, most efficient and the most user- and developer-friendly release thus far.

Canonical redirects have been added for improved search engine performance.

Goodbye BuddyBar! Not many people were fans of the BuddyBar anyway. Complete integration with the WordPress Toolbar has been added in to BuddyPress 1.6 and the BuddyBar has been deprecated. 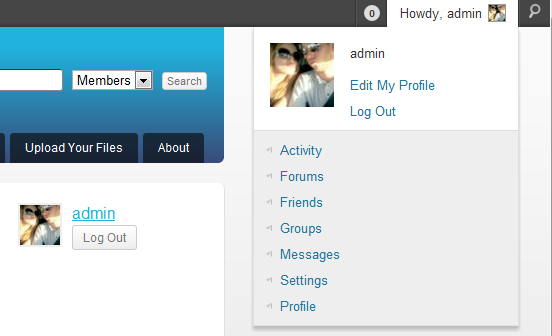 This release adds fine-grained visibility levels for profile fields. Users can now limit data visibility to Friends, Logged-In Users, or Anyone, on a field-by-field basis. The new privacy settings can accessed via the Profile >> Edit menu. 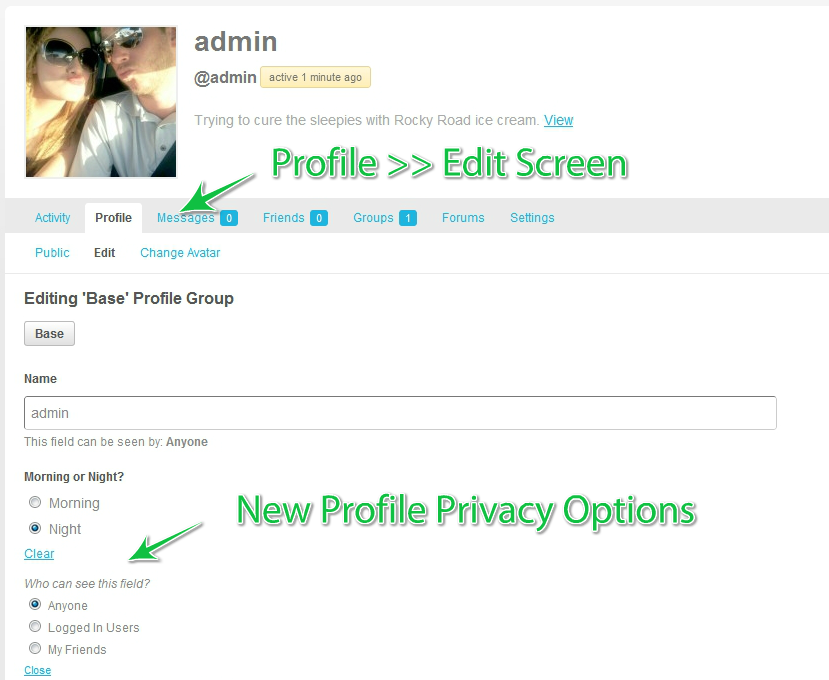 Other Notable Fixes and Additions that just make BuddyPress easier and nicer to use:

Check out the full list of features in the codex on the BuddyPress 1.6 release page.

When you upgrade to the latest version of BuddyPress, you will be presented with a new little wizard to help get you on the right track. You can elect not to use the new toolbar that replaces the BuddyPress bar by checking a box. Of course, you can always add the newly integrated toolbar at a later time.

You’ll also be prompted to update your database, which is entirely safe, by the way.

BuddyPress 1.6 has been dubbed “Lucali”. As you know, the efforts of the BuddyPress core developers are fueled almost entirely by pizza. Lucali is a well-known pizza place in Brooklyn where “the pies … are constructed with the utmost care, using only the finest ingredients.” BuddyPress 1.6 is undoubtedly a fitting tribute to this fine pie establishment with all of its shiny new features and under the hood improvements. Start upgrading your BuddyPress communities today to find out for yourself!

Plans for BuddyPress 1.7 are already underway and this next release will introduce full theme compatibility with all WordPress themes. Jump in on the development discussion if you want to contribute to the what will be built with 1.7.