Four plugins are vying for inclusion in WordPress 3.8, which is due out in early December.

The contenders include: MP6 (a visual overhaul of the admin area), DASH (a redesign of the dashboard landing page), THX38 (a reimagining of the theme installation experience) and Omnisearch/Global Admin Search (merges the various admin search forms into one).

Unlike previous versions of WordPress, development of WordPress 3.8 began in tandem with 3.7. This will also be the first release where each of its major features have been developed first as stand-alone plugins before their integration in core.

WordPress co-founder Matt Mullenweg is leading the development of 3.8, which he said – in his State of the Word address at WordCamp San Francisco this year – would be an “experimental release”.

Mullenweg will be holding a WordPress 3.8 feature planning/decisions meeting later today to decide which of the proposed plugins makes it into the final release.

So if you want to have your say on what makes it into core, head along to the meeting this afternoon at 4pm EST in the WordPress-Dev IRC channel.

Ahead of the meeting, here’s a rundown of each of the proposed features: 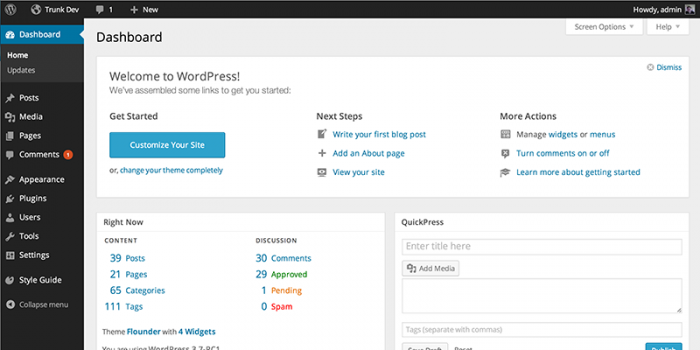 Work on MP6 started after an attempt to modernise the icons in the WordPress admin area. The new icons were originally intended to be part of WordPress 3.6, but the project was scrapped back in February in favor of developing the icons – and overhauling the admin area’s visuals – as a standalone project.

The admin area hasn’t had a major visual update since 2.7, so it’s definitely time for a redesign.

The responsive redesign aims to solve four problems with the current design (its outdated appearance, outdated technology, low contrast and sub-optimal readability) by introducing a modern approach – use of the Open Sans typeface, cleaner and minimalistic styling and increased spacing between elements.

According to UI/UX designer Mel Choyce, who is on the MP6 team, the plugin is a “movement towards modernity”.

MP6 has been available for testing in the WordPress Plugin Repository for months now and has also been running on WordPress.com for some time. 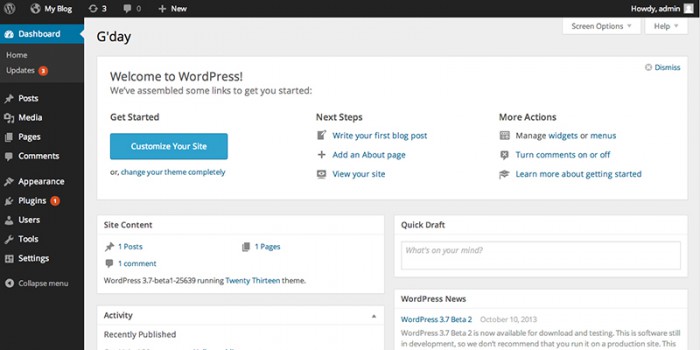 The existing WordPress dashboard hasn’t been updated in years and is confusing at best with its unnecessary widgets.

DASH is an attempt at cleaning up the existing dashboard by:

DASH aims to improve the user experience when people first login. While the DASH team has done an okay job of cleaning up the messy dashboard, the plugin is hardly revolutionary. DASH is nowhere near as beautiful as what Ghost offers. We’ve posted in the past about our aversion to WordPress Planet so it’s disappointing to see it’s still going to be part of the redesign. 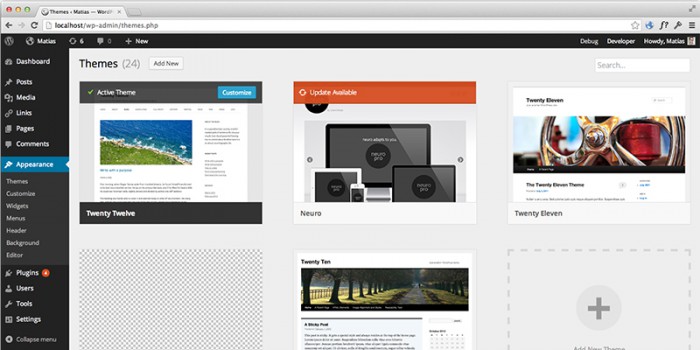 THX38 aims to improve the existing text and information heavy screen users see when viewing an existing theme or installing a new one.

This plugin moves the theme descriptions to a details overlay and the tabbed interface has also been replaced with a grid layout.

Theme browsing is also much faster and fully responsive and there is basic support for multiple screenshots and bigger display. 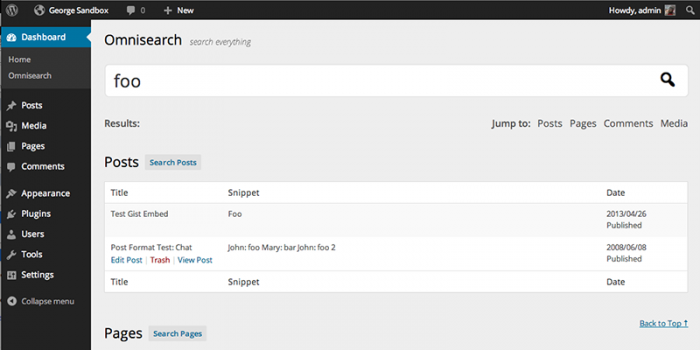 This plugin adds three new ways to search the WordPress admin area: a dashboard widget, an admin page under Dashboard in the sidebar and a search box in the top admin bar. All three options display search results on the same page.

The aim with this plugin is to help users search for a term or phrase without having to search through individuals areas of WordPress. For example, if you want to search for a phrase but can’t remember if it was in a post or a comment, Omnisearch/Global Admin search can search through both posts and comments.

For a more in-depth look at the features, head to Make WordPress Core.