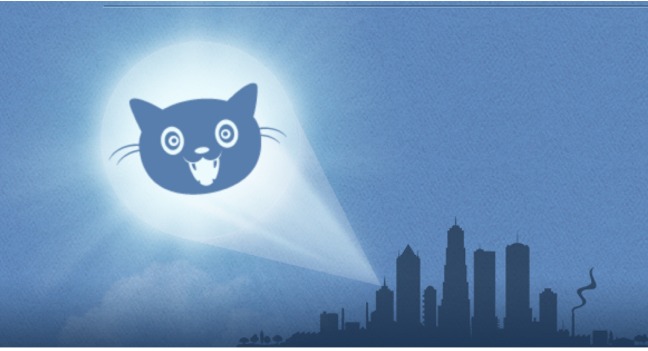 WordPress, along with the likes of Reddit, the Cheezburger Network, Craigslist founder Craig Newmark, and others, has joined the newly formed Internet Defense League – an organization whose mission is to broadcast a kind of “bat signal” that will “mobilize the planet to defend the internet from bad laws & monopolies.”

In January of this year, many websites from every corner of the net banded together to fight the highly controversial proposed U.S. bills SOPA (Stop Online Piracy Act) and PIPA (Protect IP Act). Sites like Wikipedia went dark for a day in order to raise awareness. WordPress.org also went dark, and many websites that run WordPress got in on the act as well — either going dark themselves or presenting messages to their visitors.

To make a long story short, the campaign was a success. The bills were stopped in their tracks as politicians heard the outcry from the web loud and clear.

It was an important lesson – not only for politicians, but for those whose voices were heard: You can digitally band together, no matter where you are, and have your concerns addressed by the powers that be.

After the “Stop SOPA” success, pretty much everyone involved patted each other on the back for a bit and then went their separate ways again.

Tiffiniy Cheng of Fight for the Future and Alexis Ohanian from Reddit, however, decided that the ability to harness such power was more than just valuable. It was hard to do. It took a lot of ramping up to get so many on board for an issue that only a few policy wonks knew about in the beginning.

What About Next Time?

What would happen the next time a similar issue appeared? Could the energy be mustered again to get everyone informed and on board?

“When the internet’s in danger and we need millions of people to act, the League will ask its members to broadcast an action.  (Say, a prominent message asking everyone to call their elected leaders.)  With the combined reach of our websites and social networks, we can be massively more effective than any one organization.”

As a member, you will receive a piece of code when different issues arise that are deemed to be a threat by the organization. You can then choose to put the code on your website or not. The code will alert your site’s visitors to the issue and your stance on it.

Although this is likened to a bat signal, you will notice that the group uses what amounts to a cat signal. So why a cat?

It turns out that it’s related to a theory put forward by Ethan Zuckerman called the “Cute Cat Theory of Digital Activism.” The theory says, essentially, that if governments shut down social sites or services that activists use to make trouble for them, then the cute cat pictures on those sites from regular folks are going to get axed too. And while regular folks might not pay much attention to what the government is doing in general, if you take down their cat pictures, suddenly they’re going to notice the Big G’s heavy hand. And they aren’t going to like it.