Close
WPMU DEV Logo WordPress News Sites: Are They Worth Paying For?

WordPress News Sites: Are They Worth Paying For?

There’s no money in starting a WordPress-centric news website, according to Jeff Chandler, who has one piece of advice for anyone thinking about giving it a go: don’t bother.

The Tavern Keeper over at WPTavern opens up about selling his site to Automattic’s Matt Mullenweg for $14,000, almost selling WPTavern to Joost de Valk and how WPCandy was interested in buying the site’s domain name in an insightful interview on the latest episode of the DradCast. 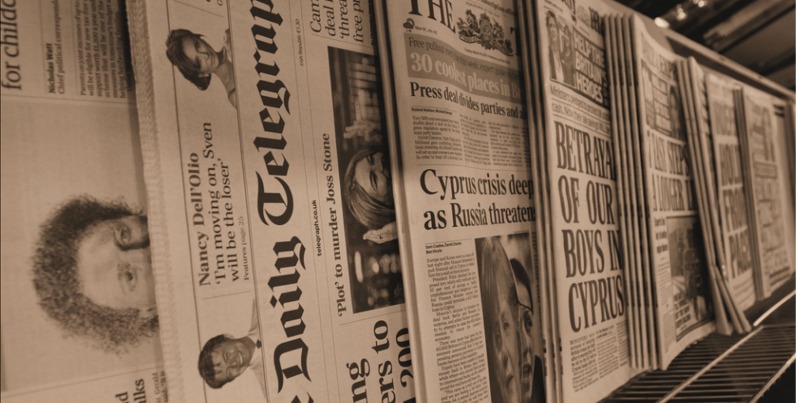 The interview also raises valid questions about the need for objective news in the growing WordPress community where theme sellers are popping up left, right and centre and developers and businesses are cashing in on the success of WordPress – while cash-strapped news sites are left fending for survival.

“My advice to anyone wanting to start a WordPress centric website, especially if you think it’s going to make you some money, is to stop, focus your efforts on where the real cash is – commercial themes, plugins, services and consulting,” Chandler says.

“A news-centric website takes time and energy to maintain and keep fresh. It’s not worth it in the long run unless you have a company backing you, providing a steady stream of cash that pays the bills and puts food on the table.

“Every time I thought about it, I couldn’t come up with a reason to use that would convince someone else to pay me to sit on my ass and write about WordPress all day.

“The value and worth comes from writing code, not text. Fortunately there’s a WordPress user that valued my contribution to the community so much he granted me the opportunity of a lifetime, to sit on my ass and write about WordPress all day.”

Of course, Chandler is referring to Mullenweg, the mystery buyer who recently ended months of speculation when he announced he had bought the news website.

After starting WPTavern in early 2008 and cutting back his hours at his grocery store job to one day a week so he could spend up to 10 hours a day in front of his computer working on WPTavern, Chandler admits he eventually came to a cross roads when he couldn’t afford to pay his bills.

“I always viewed myself as a content producer. I really had no interest in marketing or doing affiliates, doing all that stuff you’ve got to do, sell ads, display advertising and all that other junk but I had to in order to make some money,” he says.

“And I discovered that display advertising is very inconsistent and almost begged people to buy ads; affiliate was based on look and hope that someone would come

“So I operated the tavern as long as I could under affiliate links and display ads. It was not consistent enough to where I felt being able to do it full-time.

“I had to go back to mostly full-time work at the store as I tried to figure out what was going on at WPTavern.com. It just finally got to the point where I thought, I’ve got too many bills here, what’s going on here, I’ve got to get out of the community, I’ve got to sell the site.”

With a “couple of big bills” hanging over the 29-year-old and other things going on in his personal life, he started looking for someone to buy his site – for just $7000.

“I didn’t valuate my posts, I didn’t give myself the correct value on what I did,” he says.

But just as Chandler was getting ready to finalise a deal, he decided to reach out to Mullenweg.

“I said, ‘this is what’s going on, I need this kind of money, I’m getting out of the community, what do you think’. He says, ‘How much are you asking for?’. I said, ‘I’m going to sell the site for $7000’. He goes, ‘Are you kidding me?’. He goes, ‘you’re severely undervaluing your work and your content and what you’ve done’,” he says.

“He said, ‘I’ll double that amount’ and he wrote me a cheque and then bought the site, just like that.

Chandler says the speculation over who had bought out WPTavern was “fun”. Not so for the DradCast’s Dre Armeda, who suggested what started out as fun “maybe got juvenile”.

Chandler wasn’t able to shed any light on why Mullenweg took so long to come clean on buying the site.

“When the purchase went down, it was requested by Matt that we keep this under wraps,” he says.

“I respected his decision to keep it under wraps… At the time I had no idea what he was going to do with the website.

“Two or three weeks after he purchased the site, I said, ‘Hey, how about I maintain the website for you for a certain amount of money every two weeks?

It was at that point, he says, that he wrote his Bermuda Triangle post.

“I finally got to the point where I had a mortgage payment and I had bills and I had all the other stuff that goes along with your personal life and I thought, you know what, I’ve tried everything I can think of to try and make money with WPTavern.com doing stuff that I’m not interested in and I’ve come to the conclusion that running a WordPress news site is very hard,” he says.

“At the prime of the website where I had a lot of people contributing, I would spend eight, nine, 10 hours a day just pumping out content, interacting with people on Twitter, responding to comments and all I would do is think to myself, ‘Who is going to pay to me to sit on my ass and do that all day’.

“At that time, (Audrey Capital developer) Scott Reilly had got in touch with me and he says, what would it take to get you to stay on and continue writing for WPTavern? What would make you happy?

He has copped criticism about selling his site to Mullenweg – selling a site set up to give news and views about the WordPress founder’s own activities, as well as the goings on in the wider WordPress community. Chandler admits the criticism is rightly so.

“I am an employee, Matt is my boss, I work for Audrey Capital,” he says.

“My job is to run the tavern, to help curate the community; that was my initial goal for the website.

“Matt’s primary role is as an advisor. He doesn’t tell me to write stuff, he doesn’t tell me what to write about. Every now and then he might suggest a site, service or theme he thinks is cool that maybe I should put out there in front of everyone else but outside of that he’s just standing back, he’s giving me the opportunity of a lifetime to do what I love and he’s just a hands-off approach kind of guy.

The problem, as Chandler highlights in the interview, is the lack of viable revenue options for independent news sites. While people will happy fork out cash for a theme, plugin or support, they don’t want to pay for news – but are happy to consume it, engage in it and criticise. It’s a problem media companies across the world are struggling to contend with.

WordPress news sites have come and gone, most recently WPCandy, which the Dradcast’s Dre Armeda says, “came to stardom with a bunch of content, looked to get overwhelmed, maybe spread out too thing and then imploded. It’s not really somewhere where you’re seeing a lot of content from.”

In his Bermuda Triangle post, he suggests following a hundred or so WordPress folk on Twitter is enough to negate the need to read WordPress news sites.

But 140 character blasts on Twitter is not journalism and neither is blogging. Biased opinions don’t offer indepth insights into an issue. Good journalism is interpreting what is happening in the WordPress community and offering a view presenting both sides. Then there are opinion pieces, which are another kettle of fish and should not be confused with balanced reporting.

There hasn’t been much talk in the community about the fact Mullenweg bought WPTaven. Only time will tell whether Chandler’s claims that he remains independent and free from Mullenweg’s editorial influence ring true.

In the meantime, Chandler had one last telling thing to say to DradCast listeners… “I want to go on the record and say I have the best boss in the world.”

Is WordPress news worth paying for? If news sites like WPMU.org disappeared, would there be a void in the WordPress community? Have your say in the comments below.