You may have spotted my little rant the other day regarding the apparent proliferation of subversive plugins on WordPress.org. The straw that broke the camel’s back was the 6Scan Backup plugin, which is essentially an advertisement for the same company’s premium security product.

What came as a surprise was the comment from a representative of 6Scan on that very post, in which he admitted “messaging issues”, and claimed that the plugin was a “work in progress”. Fair play to the chap for making himself known, but I’m not convinced.

Perhaps I’m getting cynical in my old age (I’m nearly 27 now folks), but I’ll stick with my opinion that 6Scan Backup is a very deliberate attempt at free advertising for a paid service.

And just when I thought we were scraping the bottom of the barrel with 6Scan Backup, something even worse comes along.

Backing up your WordPress blog is one of those absolutely necessities that often gets neglected. CodeGuard is yet another utility that promises to make automated backups a simplicity.

And in fairness, it does seem like a good concept, as this flashy video portrays:

As I was reading through the blurb on this plugin’s WordPress.org page, I began to feel rather uneasy. A professionally-produced video, well written copy…something’s not right. I guessed that we were looking at another subversive advertisement, 6Scan style.

Well – I was wrong. It was even worse.

Once you have gone to the trouble of checking out the plugin, downloading and installing it, you will then be required to obtain an API key. And guess what – that’s where the mandatory paid plan options come in. 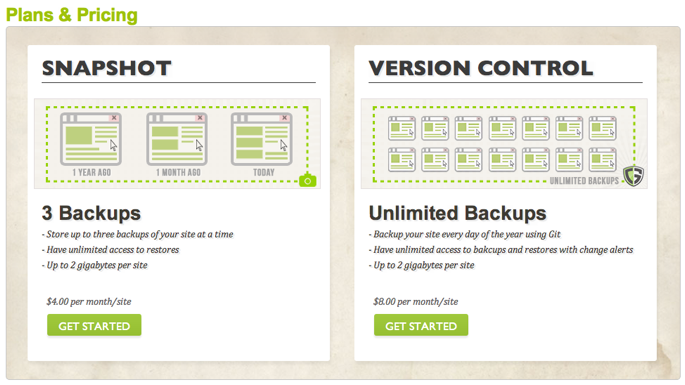 You have two options if you want to actually use this “free” plugin:

You know what really bothers me about this? It looks like a good service, and it’s hardly expensive. $8 per month for unlimited automated backups? Sounds like a good deal – something that I would happily promote in glowing terms if the developers weren’t so dishonest about what they are doing.

It’s not difficult – even if you believe that WordPress.org should become a haven for premium subscription-based plugins (as CodeGuard is), all developers need to do is disclose the premium nature of their plugin front and center – rather than attempt to dupe people into downloading something under false pretenses.

I really don’t see the distinction here between a plugin that costs $47 up front, and this one, which costs $4/$8 per month. So why is it that membership plugins have free reign on WordPress.org, whilst one-off cost plugins are nowhere to be seen?

What are your thoughts on this topic – do you have an issue with plugins like CodeGuard being available on WordPress.org? If not, should they have clear disclaimers in place to avoid confusion? Or do you have an entirely different opinion? Let us know in the comments section!