Troubleshooting: The Case of the Missing Girl Gone Wild

I have a friend who’s rather clueless about WordPress.

Let’s call him Mr. Where’s My Dashboard? Or, Mr. WMD, for short. (Although maybe I should call him Sir WMD since he’s British.)

He regularly e-mails me with questions that could be answered with a quick look around his browser window. Still, I enjoy talking about WordPress (OK, showing off my knowledge of WordPress to a newb) and usually fire back the answers as I get the questions. Plus, Mr. WMD got me out of a bit of a sticky wicket once so I feel I owe him. (Don’t ask, but it involves breaking and entering, kind of, and a very full litter box. Like I said, don’t ask.)

He seems to have a lot of extra cash and a lot of extra time on his hands so he’s always starting blogs. How he manages his VPS, I’ll never know. He must ask someone else about that.

Mr. WMD is a photographer, or he thinks he is anyway. For years he’s been running a WordPress blog featuring pictures of his girlfriend(s), what he threw up for breakfast and more interestingly, places he’s visited on his travels — Mumbai, the arch in St. Louis — LOTS of photos of the arch in St. Louis — and even that spot in New Zealand where Peter Jackson & Co. re-created the Shire.

Recently he decided to change his theme. It was an old one. It might have even been Kubrick, I can’t remember. Regardless, he wanted something fresh, more modern, something Pinterest-y.

After consulting with me — many consultations with me — he settled on I Love It! from CosmoThemes.

I Love It! creates a mini social network out of the box and allows likes (little hearts) on posts. Mr. WMD really liked the idea of getting “feedbacks” on his photos (and he really liked the little hearts) and hoped to get his friends to contribute photos, too. He bought the theme and assured me that it would be no problem. He knew how to install themes by now.

OK, I wrote, and forgot about it.

In a couple days, a question from him appeared in my inbox and I was genuinely stumped. At first.

“ALL MY PHOTOS ARE GONE!” he shouted in the e-mail.

Things can sometimes go wrong when installing themes but it was more likely Mr. WMD just didn’t understand how to setup the options. Some premium themes don’t work as advertised until the admin toggles this or that, fills in some info and makes some choices. I e-mailed him back, told him not to panic and to get on Skype so that we could do some basic troubleshooting and out what went wrong.

Meanwhile, I checked out his URL. Sure enough, instead of pictures of his drunk friends in pubs — think Girls Gone Wild In Soho — there was a whole page full of spleen-busting, generic placeholders: 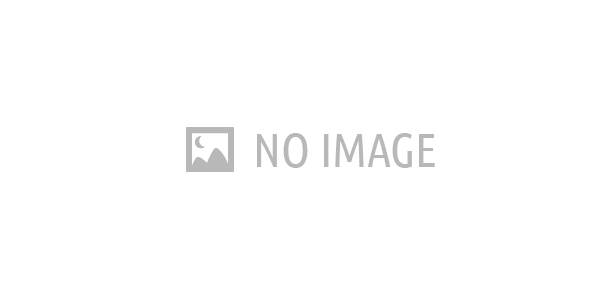 By this time, we were talking via Skype. (Teaching him how to share his screen had once put our friendship to the test. I didn’t bother suggesting that for this session.)

“Don’t worry. I think I know what’s wrong,” I assured him.

Since WordPress 2.9, themes have been able to use the Post Thumbnails feature to do cool stuff — like creating a nice clean front page full of landscape-oriented thumbnails that link back to a post. Looks nice, makes people click. I figured whatever theme Mr. WMD had been using before didn’t support post thumbnails and so there were no images there for the new theme to do its magic.

“First, go to your Dashboard..” I began.

“I KNOW where the bloody Dashboard is!” he interrupted.

So very quickly I was able to talk him down from the cliff’s edge and show him his photos had not tragically disappeared. The theme was just unaware of them.

But, I had no idea how to turn the inline images into featured images and so create the Post Thumbnails that the theme needed, other than doing it manually. Ugh.

“How many posts do you have on your blog?” I asked him.

“At the top of the page underneath…”

“How many are there?” I asked.

So I had to do some research in the WordPress plugin repository.

Searching for Featured Images didn’t yield anything helpful. But I did find this interesting plugin, Automatic Featured Image Posts, that automatically creates a new post with a featured image every time a photo is uploaded without having to manually create a post. Kinda cool. I filed that away in diigo for further research. I love researching WordPress plugins! (It’s a sickness.)

Finally, I had the sense to search for Post Thumbnails. The first results page looked promising. There were a few plugins that automatically created featured images from the first image in a post in case the blogger forgot to do so, or was just too lazy, I guess.

But the only one I found that did what I needed it to do was Auto Post Thumbnails. Nice, obvious name.

At this point, I decided to take over from Mr. WMD, so I logged in via an old admin account he’d set up for me ages ago, installed the plugin and checked out the settings.

I clicked the Generate Thumbnails button, told Mr. WMD to go get a cup of coffee (More than likely he went out for pint instead.) and wait for me to tell him to refresh the page. The settings page displayed a friendly message — We are generating post thumbnails. Please be patient! — and a progress bar updated in real time. The plugin executes a script to generate the thumbnails, skipping posts that already have one.

I don’t know how long it took to process all those thumbnails because I drank a cup or two of coffee myself. But when I came back the settings page said, All done! Processed 3,274 posts. Wow.

When Mr. WMD refreshed his new homepage he was ebullient.

“That’s so cool! It looks so pretty now!” he said.

Looking one last time at the St. Louis skyline, I declined to comment.