If you’re a designer or a developer or anyone with half a brain you’ll be using FireFox or Chrome. So certain is everyone that Internet Explorer is a piece of crap that only a dumbass would use, that it’s easy to believe that maybe, just perhaps, Internet Explorer Users have a lower IQ than us oh-so-clued-up Chrome/Firefox users.

This is the premise that allowed the founders of AptiQuant, a Canadian psychometric testing firm to release a report called Intelligence Quotient and Browser Usage. AptiQuant tested more than 100,000 people and came up with convincing data to show a correlation between IQ and browser usage – the takeaway being the Internet Explorer users have a lower IQ.

The story was picked up worldwide by major news organisations internationally:

It was so easy to believe that millions of people bought it. And no doubt there were hundreds of thousands of smug Firefox users looking down at their inferior Internet Explorer using friends. 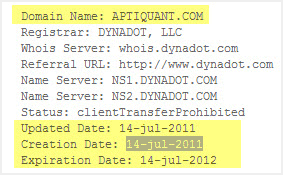 But some things didn’t add up. For one thing, AptiQuant claimed to have been founded in 2006. But a quick look at the Whois Lookup shows that they only registered the domain on 12th July 2011. I guess some people have been a bit slow jumping on the old internet bandwagon. But they did seem to get their WordPress website up and running pretty quickly.

And then there was something else. Images of staff on the Canadian AptiQuant website showed exactly the same images of the people at a French psychometric testing organisation.

Only one thing to say really: 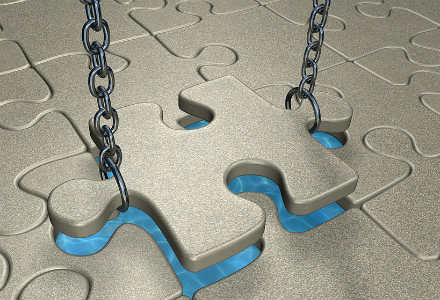 Honestly, I am surprised that people couldn’t tell it was a hoax. I mean, I can believe that IE users have lower than average IQ, but who’s going to believe that Safari users have an IQ above average? Totally unbelievable….

Update: Hoax has been admitted to! Point 6 on the list of tell-tale signs says:

The website is made in WordPress. Come on now!