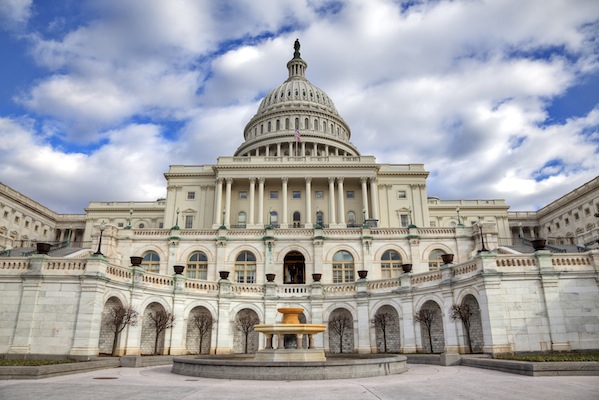 WordPress has its roots in the personal blog, but it has grown to become one of the most widely used web platforms in the world; powering nearly 1 in 6 websites today.

It’s no wonder politicians have adopted WordPress – it allows for the easy display of personal information, which is essential to a candidate getting-out his or her message; and it also provides functional plugins necessary in today’s web – like social networking integration, community building, group creation, event listings, and of course – blog posts.

Now that the election is over and the political dust has settled, we’ve put together a list of a few political candidates (and a few organizations) who won their respective elections using WordPress powered websites.

Some are simple information sites, while others get decked-out with sliders, BuddyPress groups, and online petitions. The common “theme” running through all these sites: WordPress helped them win! 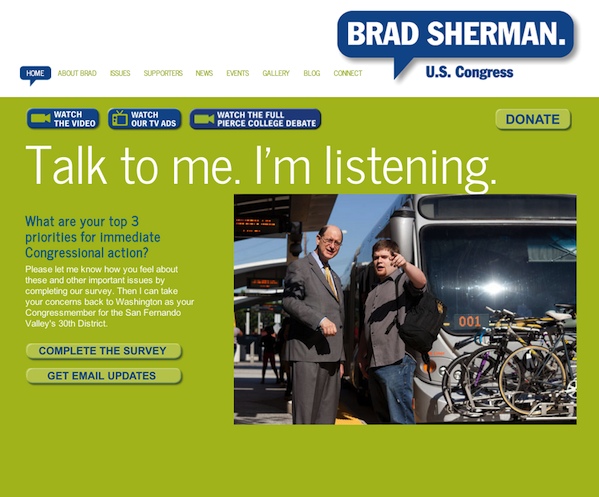 Perhaps, the single biggest and most highly contested congressional race in the country this year took place in Southern California where Brad Sherman and Howard Berman squared off to represent nearly three-quarters of a million constituents for the 27th Congressional district seat. In the end, Sherman came out ahead, and he did it with a WordPress powered website at bradsherman.com.

The congressman used a featured image slider on his home page, along with a very distinct color scheme and humorous take on the “talk to chuck” financial ads. He also implemented social sharing in posts, an extensive YouTube video campaign, which also linked to his WordPress site, and several blog posts updating his constituents along the campaign trail. 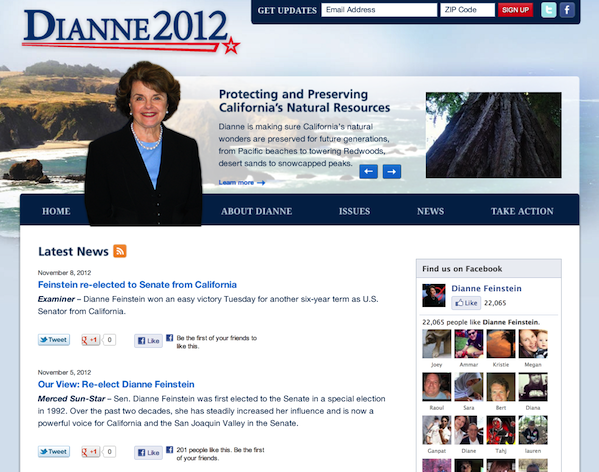 Another California politician saw similar success with her WordPress powered website – Dianne Feinstein retained her seat in the senate on the back of her fairly simple, but often updated blog style website at Diannefeinstein2012.com. 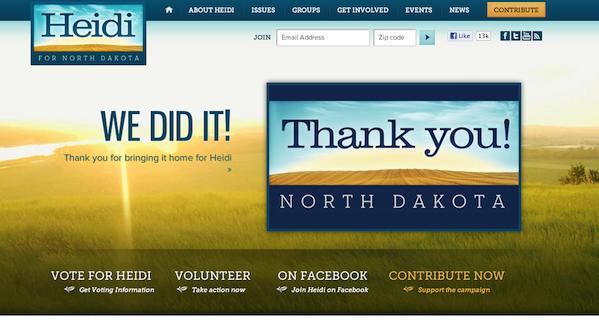 Perhaps, one of the most unique, and well-designed political websites this election cycle comes from Heidi Heitkamp who won a Senate seat in North Dakota. Her site Heidi for North Dakota integrates several web components, with WordPress at it’s hub.

It ties in Salsa (a political CRM), a donation/contribution platform, BuddyPress like group functionality, a stellar blog; and one of the most amazing workflows on the web. Nearly every action taken on the site results in the visitor being given an opportunity to share her site/posts through a social media channel, or to contribute or volunteer for the cause.

This site displays the power of WordPress to perfectly combine both personal and business aspects in a website, and to create a workflow that captures information and encourages wide social sharing. In just a few months, Heidi used her site to generate more than 13,000 Facebook fans, 2,000 twitter followers, and more than 100,000 YouTube video views. Amazing. 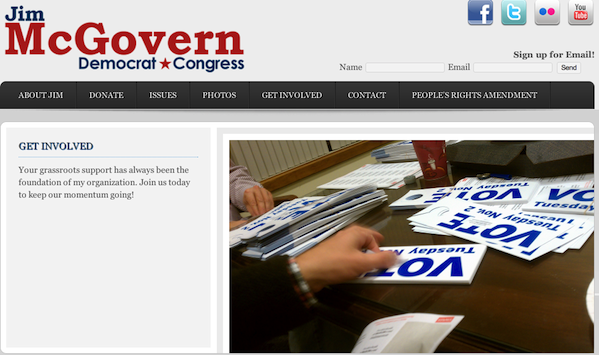 Jim McGovern won a congressional seat in Massachusetts with his WordPress site JimMcGovern. A clean, duo-tone site with a featured text/image slider and latest Tweet integration. A great example proving your website doesn’t need bells and whistles to be effective. Smart color management, simple design, and efficient display of information made this site a success in 2012. 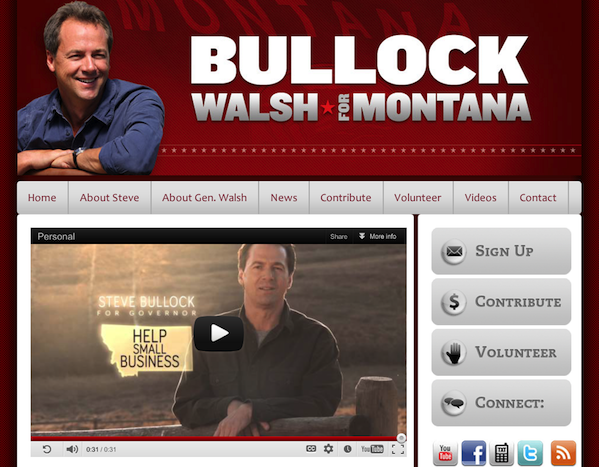 Steve Bullock and Gen. John Walsh used their site SteveBullock.com to win the Governer’s seat in Montana. The site features a simple 2-column content/sidebar design, with a focus on information and featured video messages. Oversized buttons round out the sidebar and guide visitors to one of 4 areas the team needed help and support. Another example of good workflow and simple, efficient design.

And what about BuddyPress you ask? As it turns out, one political action group, Just Say Now, is using WordPress and BuddyPress to keep its constituents in-the-know about ballot measures involving the legalization of marijuana.

From candidates to businesses to political action groups and everything in-between, WordPress helped candidates raise hundreds of millions of dollars and win elections across the country!