Whew, it’s been a whirlwind of a year on WPMU DEV.  As we all look to celebrating the holidays it’s also a good chance to look back and reflect on what’s been accomplished. Grab a cup of eggnog (or beverage of choice) and reminisce with me on some of the high points of 2011 and get an exclusive sneak peak at what is coming 2012.

Right off the rip 2011 started with the introduction of auto-updates of WPMU DEV products (plugins and themes) through our Update Notifications plugin.  Back in the stone ages known as the oughts, WPMU DEV members had to download and then upload individual products to their site every time we had a new update or release.

Ugh! Bleh! What a time waster!

2011 saw that become a thing of the past.  Nearly all our plugins now will auto-update.  Exceptions due to technical limitations – such as domain mapping – still exist, but by and large updating is now a breeze!

2011 saw an increase in WPMU DEV membership by over 150%!  That’s crazy awesome growth and shows both the strong desire folks have to use WordPress as the basis for their site and the importance of having a massive repository of quality, updated products.  WPMU DEV is consistently committed to seeing quality releases, with upgrades to support the latest version of WordPress – usually within 24 hours of a release. 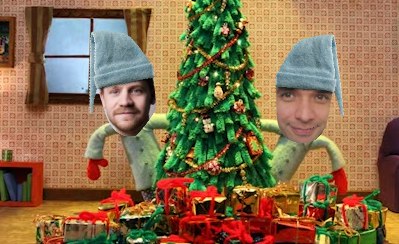 With all the new members this year came many new challenges.  One of the first items on the agenda for 2011 was to find quality, helpful support reps. We went through literally hundreds of applications and found two fantastic additions to the team – Phil & David – without whom, I’d most definitely be muttering and rocking in the corner somewhere.

These guys both took to the task with amazing vigor and skill.  David now writes and produces the amazing unbranded videos we have available and Phil has even released a couple plugins of his own!

And just in the past week we’ve added another member to our support team in Tim!  Tim was on our original short list and had so many amazing contributions to our community in WPMU DEV we couldn’t resist.  Each of these guys deserves their own writeup for the help and support they’ve given to thousands throughout 2011. 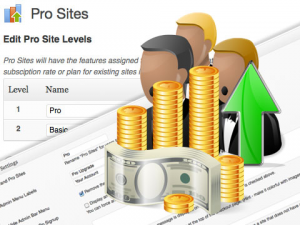 In my opinion, the plugin release of the year would have to go to our Pro Sites plugin.  Pro Sites replaced our previous Supporter plugin with a mile-long list of improvements and enhancements allowing folks to create a multi-level paid blogging/site creation service.

While Pro Sites may take the cake, tons of new plugins released focus on sharing via social media integration.  Check out a few of the awesome releases:

That’s a ton of plugin goodness there.  This was only doable because our development team grew right along with us.  Mohanjith came on in late 2010 and was quickly joined by Ve, and then later by Andrey.  These guys work around the clock (I assure you, quite literally at times) to help keep everything running smoothly.  Add to that our newest designer, Ryan, who you’ll be seeing some work from very, very soon and we’ve got quite the team.

And who could forget that 2011 was the year WPMU DEV began giving back to the WordPress Community as a company. For the first time, we began providing select plugins on wordpress.org  – with over 150,000 downloads thus far!

OH, AND THEMES TOO

Truly, 2011 has been a banner year at WPMU DEV.  On the theme front, we began delivering plugin-specific themes such as GridMarket and SimpleMarket for our MarketPress plugin.  The latter, features some of the coolest trends in web design including html5 and responsive design (it’s also 100% free :D).

Now, as promised, here’s a small look at some of what we have planned for 2012.  This is something we normally don’t do – and if you don’t see me back on the WPMU blog anymore, well… you know why ;)

What if you could actually update and install any WPMU DEV product without ever leaving your dashboard? What’s the best way to handle live support? Notify your members of site announcements?  Events and registration in WordPress?  Oh… there’s so much more than this in store for 2012, but for now let this gallery provide a very small taste of what I managed to steal from the top-secret labs.

So there ya have it.  Our year in review and a little something to look forward to as well!