This month’s featured spotlight is really awesome.  Yeah, I know they are all really awesome (check out last month’s here).  But this one is.  Promise. Jim’s been a member at DEV for quite awhile  – actually he joined as a member on April 12, 2009 – exactly 10 days before I did :)

But that’s not the reason Jim’s so awesome.  We’ve written about him before as he runs one of the more fantastic niche social sites available at tripawds.com.  We had a chance to catch up via emails over the past week and even if you’ve heard his story previously, I think you’ll enjoy the interview below.  For those of you seeking a bittersweet yet heart-warming story this Valentine’s Day look no further.  Turn on some Sarah McLachlin and enjoy.

How long has Tripawds been around and what was your inspiration for starting?

Prior to our dog Jerry’s amputation in late 2006, my wife Rene and I never even knew dogs could get bone cancer. The diagnosis came as a total shock and we immediately searched the internet for everything we could about osteosarcoma and amputation for dogs. We found plenty of medical references and clinical information, but what was lacking was real life accounts about quality of life for three legged dogs. We did find a number of YouTube movies that inspired us to proceed with Jerry’s amputation, but we never found much of a support group specifically for people going through what we were facing.

How did you decide on WordPress as the software for your services?

We decided to start a blog to document Jerry’s progress and share his story with others. I registered the Tripawds domain after hearing veterinary students at UC Davis refer to canine amputees as tripod dogs, and used the built-in blog feature of our shared hosting account. Shortly after realizing the solution offered limited functionality, I noticed the small “Powered by…” link at the bottom of Jerry’s site. That’s when I discovered WordPress and everything the evolving publishing platform had to offer.

Having always been a techie, I did build my own websites and knew some basic HTML, but I am by no means a programmer. I was immediately impressed by how easy it was to host and configure my first WordPress installation. The first Tripawds blog was born shortly before Rene and I sold our business and nearly everything we owned in order to travel the country with Jerry. Doctors had given him just a few months to live, so we bought an RV and hit the road to enjoy our remaining time together roaming the country as a pack.

Jerry survived nearly two years, loving life on three legs as we explored the U.S. from our new mobile headquarters of Agreda Communications. Over this time, the Tripawds website evolved into the largest online community for three legged dogs and their people. But it hasn’t all been easy.

As we posted inspirational movies of Jerry and shared news about his progress, we were getting flooded with questions from people facing amputation for their dogs. I decided to install Simple:Press so we could host discussion forums allowing others to share their stories and provide more advice than we alone could offer. That’s when the site first began to take off.

About the same time, I was toying with the idea of offering full-time RVers like ourselves free WordPress blogs of their own, which I could monetize with affiliate advertising. After manually creating a handful of sites, I figured there had to be an easier way and discovered WordPress MU. Again, the learning curve was steep, but I quickly realized how this powerful tool could help us build community and offer more features for our Tripawds members.

With plenty of help from experts in the now defunct WordPress MU forums, I was able to migrate our standalone WordPress site to WPMU and started offering free blogs to Tripawds members. After battling spam blog registrations and searching for an easy way to add more functionality to our network, I discovered the WPMU DEV plugins and themes. Joining to participate in the support forums was the best decision I have ever made, especially when it came to migrating our WPMU installation to WordPress Multisite when network functionality became part of the main WordPress development branch.

Which WPMU DEV products have you found most useful?

I have written in detail about the best WordPress multisite plugins we use to maintain the Tripawds community. And my guest posts on Problogger describe how we have used them to build community for our niche market. But there are a few WPMU DEV plugins I simply couldn’t live without.

AntiSplog has made my life easier by virtually stopping all spam blog registrations, with very little interaction on my part. Before discovering this tool, deleting blogs and users was a time consuming daily task.

Pro Sites (Formerly Supporter) allows us to easily offer enhanced functionality to Tripawds bloggers who wish to support our community with auto-renewing PayPal subscriptions. This framework allows us to automatically remove ads from “Supporter” blogs, activate certain plugins, and much more.

Recent Posts and the Recent Posts Widget let us notify members about new blog posts from across the Tripawds network with excerpts and avatars displayed throughout the main site and its forum pages.

The Members Directory and Blogs Directory plugins are a simple way to include searchable listings of all our 3,500± users and more than 875 blogs.

New Blog Templates allows me to assign specific settings and widgets for all new Tripawds sites. This is especially useful for providing helpful links to help new members get started with their blogs.

MarketPress is the easiest way I have found to automate delivery of digital products like the Three Legs and a Spare e-book we sell in our Tripawds Downloads blog for those who wish to save time spent searching for answers in the blogs and forums.

And the Site Search plugin allows anyone to search all Tripawds blogs at once.

What product or feature would you most like to see developed by WPMU DEV in the future?

It seems like every time I have considered adding certain functionality for our network, WPMU DEV has had a multisite plugin to meet our needs. As we implement many of the tools we use at Tripawds into our new home-based business coaching website, however, I would like the ability at the network administrator to choose from New Blog Templates when creating sites in the dashboard. A tool for pruning our growing Tripawds database by removing tables associated with inactive blogs would be helpful too.

What is your biggest challenge in maintaining Tripawds?

The biggest challenge I have encountered as the Tripawds network administrator, however, has been keeping up with growth of the community. After migrating to WordPress MU and adding blogs, we quickly discovered our shared hosting account wouldn’t cut it. That’s when we first moved to our own server. About two years later we just recently completed our migration to another more robust server. 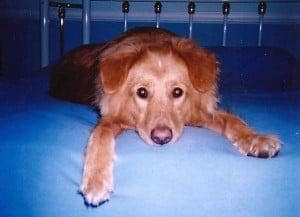 What’s are some of your favorite stories from the Tripawds community?

The Tripawds Blogs community could never have grown as it has without the plugins and the support my WPMU DEV membership provides, but it is our own members that make it such the helpful resource it has become. Numerous people have come and gone over the years as their dogs pass on, but many others remain active welcoming new members and sharing their advice and emotional support. We have plenty of stories to share; from inspirational stories like that of Nova, a three legged blind Great Dane who has been cancer free for three years now, to the poetic posts from another member who shares enlightenment learned from her amazing three legged brain cancer survivor Lincoln.

One of our favorite featured Tripawds sites, however, is the KillBarney Blog. I originally created this as a test site, but used it to launch the KillBarney Tour shortly after saying goodbye to Jerry and sending off one of his favorite plush Barney dolls to another Tripawds member. That smelly toy has since visited more than 25 members around the world, bringing smiles to many a dog in their time of need.

After Jerry passed away, members asked us if we would keep maintaining the Tripawds website. He wouldn’t have it any other way, and we couldn’t let these people down. It is our mission to provide helpful resources and a platform for discussion about amputation in dogs. Thanks to WordPress multisite, Simple:Press forums, and our WPMU DEV membership that is what we shall keep doing as we continue our travels with our new Tripawds spokesdog Wyatt, a three legged German Shepherd who lost a leg due to neglect.

If my story sounds familiar, perhaps you have seen Why We Love Cats and Dogs which first aired on PBS in 2009. This episode of Nature that continues to air periodically documents how we chose to embrace life after Jerry’s diagnosis by acknowledging that he was living with cancer, not dying from it. Many thanks to Mason and the gang at WPMU.org for this opportunity to share news about the Tripawds community, and help prove to the world that it’s better to hop on three legs than limp on four!

Thanks again to Jim for his time in sharing with us.  Be sure to leave your thoughts in the comments below.