A Year at WPMU.org: Reflections on My Top Ten Posts

Last week made it one year since I started writing regularly for WPMU.org – it seems like only yesterday that James was giving me feedback on my first posts. These days I pretty much get to write what I like, when I like. Pretty sweet!

Since I can write whatever I like, I thought I’d be indulgent and look through my top ten posts and reflect upon where the idea came from, what worked and what, upon reflection, didn’t work. Over the past year I’ve learnt a lot, from blogging here, from the awesome Incsub crew and from the wider WordPress community. It’s been great fun and I’m really looking forward to seeing what what the next year brings. 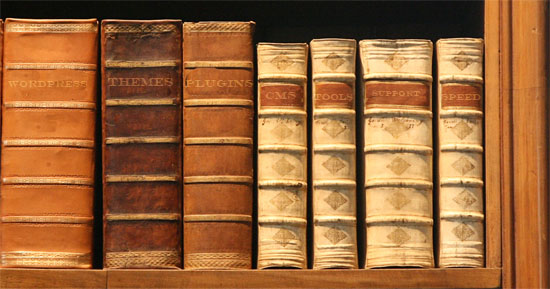 The most difficult thing about blogging is coming up with fresh content. WordPress is a finite entity and sometimes it can be difficult to come up with good ideas to share with you all. I spend a lot of time looking round the internet for ideas and sometimes the only thing to do is write a list (like this one, right?). This post was inspired by a post at Freelance Switch, one of those sites which always has useful tips that I always fail to implement. But I figured a list of 101 useful WordPress resources would be a good piece of bookmarkable content that could be used as an easy reference point.

And also, see this will be a recurring theme, the thing about list posts is that they tend to be lazy. Don’t get me wrong, to build a list like this (or some of the others below) takes a lot of searching and listing, but they don’t take much thought. If you’re looking at a list then it’s quite likely you are looking at the work of an uninspired blogger.

Not long into my time at Incsub a security issue arose in the WordPress repository. A plugin called BlogPress SEO had shown up in the repository with. The plugin was able to introduce a backdoor to your website and get your admin. This seemed like a good opportunity to write up some security tips that our readers might find useful – they did and they continue to do so. What I liked about this post was that I emailed John at Mtekk and Otto and got some useful information about security issues that I could share with our readers.

Sometimes I don’t know what something is and it really helps to have people out there who can be emailed for advice that we can post on the blog. This means that our readers are getting the best advice possible, which is particularly important when it comes to issues like security.

8. How to Increase your Traffic from Facebook by 650% in 5 Seconds

This post actually came courtesy of Ronnie, who pointed out that he’d noticed a big spike in our traffic since we stopped auto-posting to Facebook. We were all totally shocked by how noticeable the change was so I thought it was definitely worth a post. It generated quite a lot of traffic when we posted it, but then this happened:

Mari Smith is a Social Media expert and has more than 120,000 followers. When she tweeted the post it did the rounds again and we got another few thousand hits! You never know when a post is going to be a hit – it could be quite some time after you write it.

7. WordPress for Non-Profits: The Complete Guide 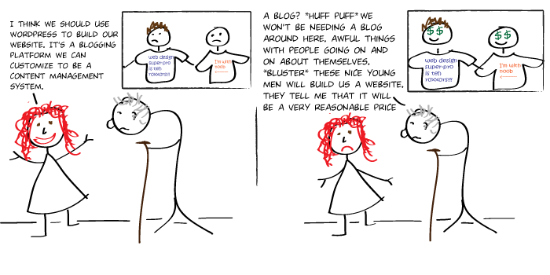 This was the first big post I wrote for WPMU.org, before I was even a certified member of the Incsub crew. Actually, this is a topic which meant quite a lot to me so I am pleased it made this list. I worked for a non-profit for years and I’d sat through all the board meetings when money was trying to be clawed back. A website is an important resource for a non-profit and WordPress is a fantastic tool for making a website – and, of course, it’s free. The website that was built for the non-profit I worked for was made with Joomla! It just wasn’t that intuitive and had a steep learning curve. WordPress is easy for anyone to get their head around, and it was great to be able to promote it to other non-profits.

6. Shun the Plugin: 100 Code Snippets from Across the Net 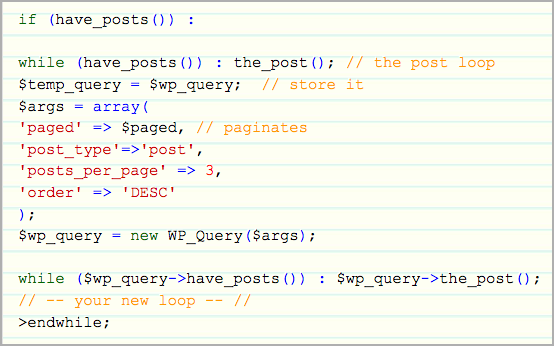 This was another one of those posts where I wasn’t sure what to write about so I defaulted to a massive list of 100 things. This time it was 100 code snippets. I wrote the post just before disappearing for a month. Off I went on my trip and while I was gone one of our support guys went to grab a code snippet from the post. Here’s what he got: 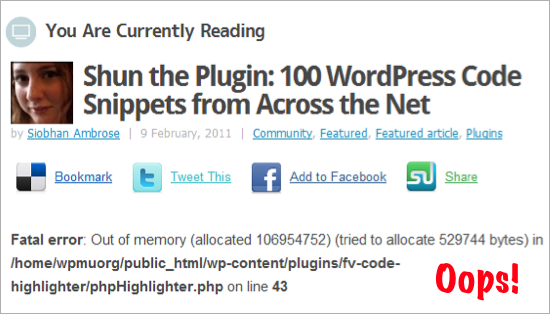 Turns out those 100 code snippets had caused the plugin to break! And since I was out of the country, without internet, someone else had to change all of the snippets to <pre> tags – ouch! Thanks guys :)

5. Speeding up your WordPress Website: 11 Ways to Improve Your Load Time 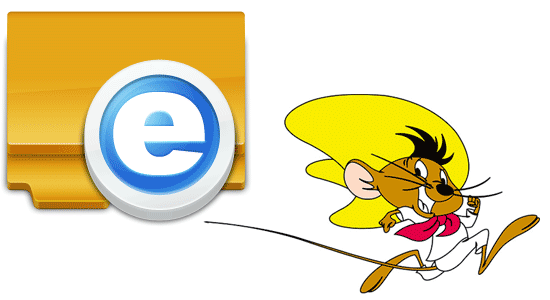 I’m always in search of useful things that I can write about that will help people do something with WordPress. Speed is an issue that always comes up – everyone wants their website to be faster and leaner. This post came as a result of a lot of research. However, my research obviously wasn’t good enough because, much to my embarrassment, I got all of its flaws pointed out in the comments by none other than WordPress co-founder Mike Little. I squirmed for a bit, changed the post to take into account Mike’s comments, and then squirmed some more when I didn’t do a very good job of updating it. So I updated it a second time and kept my mouth shut.

A few months later I was sort of dreading meeting Mike at WordCamp UK. I was all like – “he’s going to think I’m that dumbass girl who gets stuff wrong”. But probably he didn’t think that at all – I was just being a bit mental. I doubt he even remembered. He was lovely and is definitely in my top ten of WordPress people. But from that I learned that the best thing to do is to learn from experience and take every piece of advice on board – it’s usually well intentioned!

4. When is Free WordPress Theme Really Free? Some Thoughts and Some Places to Find Them

This post was a follow-up to a post that I’ll get on to a minute. I’d already written about free WordPress themes in a negative way and I wanted to follow it up with something positive. Also, when you’ve got a massive traffic spike it’s a good idea to capitalize it. We had a whole lot of traffic coming to WPMU.org to learn about free WordPress themes and where not to look for them. This post was intended to tell them where they could look. 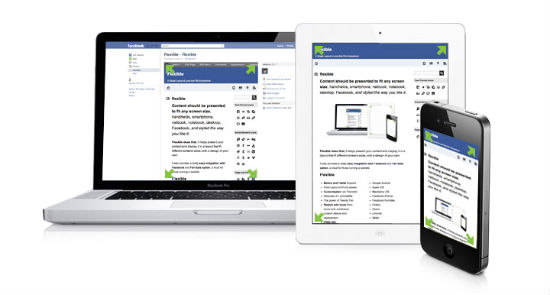 This post was supposed to be half of another post but, for reasons I can’t remember, I decided to split it in two. This is the half that got all of the traffic. Sometimes when a post gets too ridiculously big I find it’s easier to split it in half. I think what was so popular about this post is that I put it together around the time that responsive design was beginning to become a buzzword in the WordPress community. Interest in responsive design is growing all the time as people look for ways to display their content beautifully across any device.

2. Straight to the Source: 100 Fresh and Free WordPress Themes

I took the inspiration for this post from a regular post at Smashing Magazine. I’d thought about it before but then I thought that I’d be ripping off someone else’s idea. But then I thought that a list of 100 free themes wasn’t really a copyrightable idea. And anyway, I figured that WPMU.org readers would be interested in having their own huge list of themes to choose from. So started a long few days…

I didn’t just find all the themes and screenshot them. I think it’s really important to avoid promoting any themes or plugins that have spammy links or dodgy functions in them. So I downloaded all of those themes, installed them and checked them out on my local installation. It took a long time, but it definitely paid off, and I’ll be sure to do an update next year!

1. Why You Should Never Search for Free WordPress Themes in Google or Anywhere Else

When I wrote this post I never expected it to be so popular. I was actually writing another post about accessibility but it just wasn’t going the way that I wanted it too. I was getting frustrated so decided to write something totally different. There were already some posts about free WordPress themes and the problems of malware, but I thought it’d be fun to look at the top 10 pages in Google for “free WordPress themes” and see how many of them had spammy themes. I thought it wouldn’t take me long. That post took me two days to put together. It was paaaaainful. And when I was writing it I didn’t think it’d be a big hit. I thought my post about accessibility would be much more popular.

I was wrong. The internet went crazy for that post. It got featured all over the place. Most excitingly, it appeared on Boing Boing (Cory Doctorow read my post which was pretty exciting!). That was the high point. I haven’t been able to live up to it since :( And it was luck, really.

What Didn’t Make it into the Top Ten

Some posts didn’t do as well as I wanted. There are posts that I put a lot of work into and they just didn’t generate all that much traffic. It’s always disappointing when that happens, but you’ve just got to get over it and write the next one. As I learned with my Number 1 post, you can’t predict what people are going to go crazy for (although, I have figured out that you guys love a list!). But since this is a post about me, and my posts, here are a few of my favorites that didn’t make the top ten.

I don’t usually write a list of takeaways (only because I hate the use of that word >_<) but I thought it’d be worth sharing all of the things that I learned form these posts with you: