A Year Later – Your Opinion on Jetpack 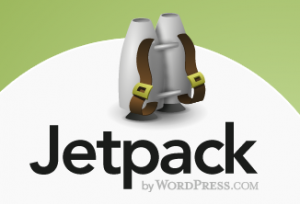 Has it been that long already? Yep – around one year ago, the infamous Jetpack plugin package was launched by Automattic. At the time, it attracted its fair share of adulation and controversy. Our very own James Farmer was revealing in his own opinion of what it meant for WordPress users and developers.

Personally, I have never used Jetpack. It is just another plugin that I have to delete when I first fire up a fresh install of WordPress (that and bloody Hello Dolly – when is that plugin going to die?). It just seems all too much like a very deliberate commercial venture. Whilst there is nothing with that in principle, in my opinion it clashes rather jarringly with the whole WordPress.org open source concept.

Furthermore, the fact that any new feature added to Jetpack is automatically activated on your website is wandering too far into the realms of Big Brother for me.

Maybe I am missing out – perhaps Jetpack offers some revolutionary features that have completely passed me by. Since it was released just over a year ago now, I am curious – what are your thoughts on Jetpack? Do you like it? Do you use it? What are you opinions on Automattic’s behavior in including it on the vast majority of default WordPress installs? Let us know in the comments section!