Circadian neurologist Russel Foster says there’s no evidence that waking up early increases your wealth, it just makes you “horribly smug.” His words, not mine :)

Makes total sense though. If it were true roosters and toddlers would be making it rain.

If you’re a night owl, like a lot of the people who responded to our super scientific Twitter poll, this post is for and about you. We’re going to cover what unique benefits you receive with your vampiric sleeping habits so you can stop feeling bad about being you.

Being a night owl does come with some obstacles that make having a healthy lifestyle more difficult though, so we’ll go over some tips that will help night owls, early birds and bears?…oh my.

Why Night Owls are the Best

Night time is the best time. It’s quiet. The kids are asleep. The chores can wait until tomorrow. You have the fridge all to yourself. Light a candle and pour a drink. Staying up late is where the party is at. 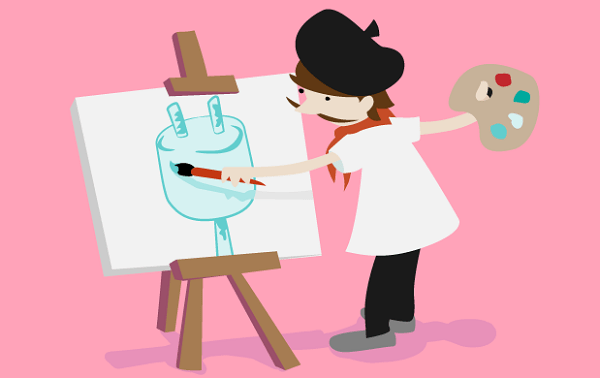 All prolific and creative night owls.

The Catholic University of the Sacred Heart, determined that night owls exhibit more creativity. Their unconventional sleeping habits “may encourage the development of a non-conventional spirit and the ability to find alternative and original solutions.

This could also be because the prefrontal cortex a.k.a. your inner critic gets tired at the end of the day so more inventive thoughts can creep in.

Brant Hasler, assistant professor of psychiatry at University of Pittsburgh School of Medicine, notes that “the brain might be freed up for more divergent thinking, allowing one to make new associations between different concepts more easily.”

No wonder I don’t get writer’s block when I’m sleepy.

Psychologist Satoshi Kanazawa studied thousands of adolescents and found that people with high intelligence are more likely to be night owls. Another study suggests night owls have higher levels of cognitive ability.

Night owls also have larger social networks and play a more central role in their networks than early birds. No wonder all the other birds try to be as cool as night owls.

5 Must Join Slack Workspaces For WordPress Pros and Developers

Studies indicate functioning on no sleep after 17 to 19 hours is similar to having a BAC (blood alcohol concentration) of 0.05. You can get a DUI in the US for a BAC over 0.08. If you’re sacrificing sleep to wake up early, that’s probably not the best idea.

There’s better ways to get more done so you can increase your income.

Early birds are prone to tiring out sooner than late risers. A study conducted by The University of Leige in Belgium, measured the reaction time of early birds and night owls. Both groups scored similarly in the morning, but the night owls showed a faster response time in the evening and were able to sustain their mental alertness over a longer period of time.

Could this be because night owls have super strength? A study by the University of Alberta tested the leg strength of night owls and early birds. The study found that early risers experience peak brain activity in the morning which fades as the day goes on. Whereas night owls experience increased motor cortex and spinal cord excitability in the evening hours, giving them a burst of strength during that time. Early birds did not experience this phenomenon.

Why Night Owls Have it Rough

So there are some downsides to being a night owl. For one, you’re going against the grain and may experience “social jetlag“. You’ll accrue more sleep debt and might be chronically sleep deprived if your social obligations don’t alight with your preferred routine.

How to Protect Your WordPress Business from a Major Life Change

Night owls also run into trouble when they go against their natural circadian rhythm. If your body is entering rest and fasting mode to prepare for the night ahead and you startle it with coffee, a midnight snack and a bright idea that you want to work on, there is going to be trouble. This could be why night owls have a higher risk of developing metabolic and cardiovascular disorders. Yikes!

So what’s a night owl to do? The same thing as all the other animals.

Not everyone falls neatly into the night owl or early bird category. I certainly don’t. I’m somewhere in the middle.

In The Power of When, Dr. Breus identifies four different kinds of chronotypes:

Now that makes more sense. Here’s a quiz to find out what you are.

So what can this tell us about how to be more successful?

In all seriousness, you can be happy, healthy and successful no matter what your chronotype. I offer this post to counterbalance all the Losers! Asleep! Not achieving! deluge that can make you feel bad about not waking up at 4am. You are, after all, not a bird or a bear or a dolphin, but a HUMAN!

Rather than wasting your energy fighting your true nature and forcing yourself into a brutal routine, you should use your energy to make exercise a priority, watch what you eat and maintain a consistent routine. This will help you no matter what your chronotype, but it will especially help night owls curb the harmful effects of having to live in an early bird world.

Our superheroes know a thing or two about staying up late to fight crime and improve WordPress. If you’re staying up late because you’re trying to do too much and are overwhelmed, give WPMU DEV a try for free. We can help you become more efficient and generate additional income.

So if you’ve already abandoned your “wake up early” resolution, rest contently knowing that you’re following your natural rhythm.

What about you, do you have any productivity tips that don't involve waking up before dawn?

Felicia Ceballos-Marroquin Felicia is a WordPress expert, specializing in web design/development, search engine optimization, Genesis, and enterprise WordPress multisite. She is a former WPMU DEV author, where she put her decade-plus of WordPress expertise to good use, writing friendly tutorials with soul.