Back in July 16th 2008 I acquired wpmu.org from early MU enthusiast Juan Manuel for, if I remember correctly, something like $2k.

And yesterday, December 4th 2013, over 5 years and almost 4,000 posts later, we finally parted ways with the much loved domain, and moved to the far less sexy URL of wpmudev.com/blog/, retired the entire brand ‘wpmu.org’ and renamed this whole site ‘WPMU DEV’s Blog’.

You might be asking why on earth we’d do such a thing – sexy domain to long subdomains plus subfolder, high risk factor of losing google traffic, established blog and all that.

A bit of history

I originally set up wpmu.org rather than just having a blog at WPMU DEV because I figured that we wanted it to:

And, to a large extent, and over a long time, I reckon this worked pretty well.

Heck, we made it to the top of the tree in the WordPress sites race, watched heaps of others fall by the wayside and survived some pretty nasty scares.

But what doesn’t change, dies, and there we’ve been at risk of a premature expiration for quite a while now.

A bit of confusion

So, as a result of my genius move (never employ me to manage your branding ;) we’ve suffered for years from being called WPMU, WPMU.org, WPMU DEV, Those WPMU Guys, WpmuDev, WPMUDev, WPMUdev and wPmUdEv (ok, maybe not the last one).

The difference between wpmu.org and wpmudev.org just served to confuse people, something we tried to address by design (showing we were from the same ‘wpmu’ stable) but that never really worked.

We’ll fix it up at some point.

But perhaps most importantly, it wasn’t just us that was confused, Google wasn’t happy either. Because to our search overlords it’s all about…

When you searched in el goog for wpmu you got sod all, for wpmu dev you got a ‘proper’ brand:

As google has moved more and more towards trending search results towards brands (and let’s not kid ourselves, this blog is, besides entertaining and informing you dear reader, all about pulling in the search results) – we had moved further and further away.

Our main ‘content marketing’ site was on a completely unsuccessful brand!!!

And it wasn’t just that we wanted to help out search engines, let’s be honest here, WPMU.org is/was/always-has-been WPMU DEV’s blog. 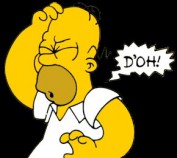 Making out otherwise was at best kinda confusing and at worst disingenuous.

Sure we could do with some more detail on editorial policy, after all we want you to know that our reviews are genuinely impartial, that we don’t take any affiliate revenues and that hopefully we’re our own worst critics.

But at the same time we’re unashamedly here to sell WPMU DEV memberships, which fortunately is pretty easy as they are awesome, but just so you know.

Glad we’ve cleared that up :)

And hey, you know what wouldn’t be bad for the business, if all of the links to WPMU.org both past and future were now going to the the WPMU DEV domain.

At the end of the day we want that domain, where our, ahem, products are to be as powerful as it can be – and if SEO experts are right, we just added roughly 1500 new linking root domains to our main business, that can’t be bad.

As well as now running our posts at a domain that hopefully/presumably has double the value. It’ll be very interesting to see how this impacts, for example, the metrics for our latest WordPress Christmas post… which we’ve been doing some interesting 301 updating stuff too at the same time (double 301s, eeek).

It’s still a punt though

The temptation of moving everything to wpmudev.com or even wpmu.com – both of which we own and both of which are sexy, .com, clear and awesome domain names was pretty huge.

At the end of the day though I think given the brand issues, wpmu.com was never going to be a winner, and while wpmudev.com could well be an option for the future, given the risks of what could go wrong and the added complexity, let’s look at that again in 2014 (or later).

Who knows what’ll happen, we’ll be sure to let you know though down the track, along with a more technical post on how we managed it and what the impact was – there’s a bunch of stuff about single domain moves (i.e. from site.com to newsite.com) but a dearth of material out there about amalgamating two sites like this, so hopefully we can help some people out.

Oh, and please, please do update your links :)