How To Go Viral Part 2: Shock and Awe

Last week we discussed the basics of “going viral” as an online marketing concept.

By any measure, viral content is one of the most powerful publicity-building tools available in the 21st century – whether you’re a business owner or simply a blogger who’s trying to get more traffic.

So then, on with the show. This week we’ll be looking at a few different strategies for creating content that spreads across the web and gets you noticed.

Nothing spreads around the web faster than entertainment. One of the surest ways to “go viral” is to create something thoroughly hilarious, extreme or shocking. (Preferably all three).

Anything that gives people a quick chuckle and can be easily shared is likely to reach a lot of eyeballs.

Whether it’s a photo, a short video, or a unique blog article – massive entertainment value will propel your content far and wide across the web. People will like it, tag it, post it, share it, digg it, tweet it, +1 it, email it, stumble it and so on.

Surely some of you have seen the ‘real life Timon and Pumbaa’ photo that went viral on social media sites recently.

Although the photo has pretty much been discredited as a fake, it created a huge storm of conversation all over the web, and was seen by probably hundreds of thousands of people in the space of a few days.

While this particular image doesn’t appear to be part of any concerted viral marketing effort – it sure as hell could be.

Create something rare and unique that’s never been seen on the web before. Something that raises eyebrows and gets people talking. Link the content back to your own website, and hey presto, the magic of viral marketing begins.

Tools of the trade 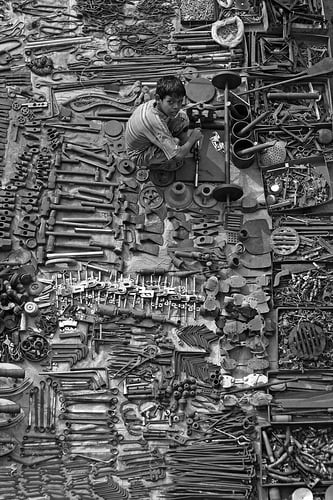 Anyone who’s trying to launch a viral campaign based on entertainment value needs to make good use of social bookmarking sites. We’re talking about Digg, Stumbleupon, Reddit, del.ici.ous and the like.

People who hang around these sites have a keen nose for rare, high-value web content, and are some of the most prolific sharers on Earth. If you can get a bit of traction with the social bookmarking crowd, you’re well on your way to success.

The criteria for ‘going viral’

If you’re trying to go viral with the ‘shock and awe’ approach, these are a few guidelines to keep in mind. This is by no means an exhaustive list, but following these tips should point you in the right direction.

Anything that takes more than a couple of minutes to digest is unlikely to make it very far. This is why photos and quick video clips often make the most successful viral content.

If you’ve posted something on your blog or website that you hope will go viral, you need to give people every possible opportunity to share it. If your readers can’t quickly and easily promote your content, they won’t.

Every post on your blog should provide one-click sharing to Facebook, Twitter, Digg, Stumbleupon, Reddit, Del.ici.ous and anywhere else that your content will get noticed. If you don’t have this set up on your blog already, check out the Floating Social plugin from WPMU Dev – it’s got everything you’ll need.

Has it been done before?

Rarity is a key factor to going viral. If you’re just rehashing someone else’s viral content in the hopes of piggybacking their success, good luck. “Pffft, it’s been done” is the response you can expect. Whether you make a video, break a news story, or write the funniest joke article in history – it has to be fresh.

Now for the reality check 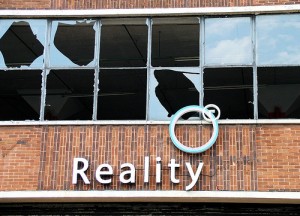 There’s no dodging the fact that producing this kind of content is very difficult. Of the millions upon millions of photos, videos and blog posts that get uploaded to the web everyday, way less than 1% of them get any sort of traction.

To go viral you need something with true mass appeal. What’s funny to you isn’t necessarily going to make other people laugh, and vice versa.

There are no shortcuts – you just have to plug away at it until you find your own unique angle that resonates with the masses.

We’ll be running a series of these articles this week, covering various methods and strategies for going viral. If you missed the first article in the series, you can read it here.

If you’ve got any viral marketing insight to add to the conversation, please leave us a comment below.

Thanks to Star Gazr, Meanest Indian, Nuala Bugeye and Anne Helmond for the photos.