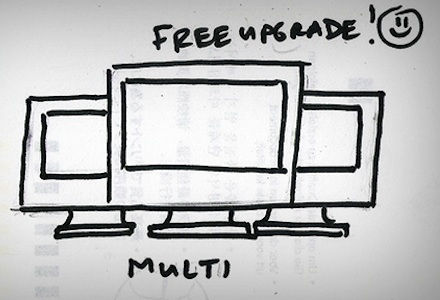 Back in March of this year, I reviewed SlideDeck. In short, I loved it, and had no hesitation in naming it the ultimate content slider plugin for WordPress.

Sure – there are plenty of content sliders out there (I swear a new plugin is released every bloody day), but as far as I am concerned, SlideDeck is the most stable and feature-packed of the lot.

At the time of the review, my only notable reservation was regarding the cost – with licenses starting at $79 f0r a single site.

Thankfully, the price points have been revised dramatically. A single license will now set you back $49, with a three site license costing $99, and unlimited usage for $199. I think the new price points offer a far more reasonable value proposition for potential SlideDeck users.

And even better, the folks over at SlideDeck are on the brink of releasing version 2.1, with a whole bunch of new features. And best of all, the update will be completely free to existing users. Although the developers have been (inadvertently) tight-lipped about new features in previous updates, they’re holding back nothing this time.

Here are a few screenshots to whet your appetite:

You’ve got to hand it to the SlideDeck crew – they know how to put an attractive plugin together.

So, there’s lots to look forward to if you are SlideDeck fan. And if you are not, perhaps it is time that you took a closer look…