WordPress has come a long way since it first launched back in 2003. It’s now the most popular content management system and has become a dominant force online, now powering 28.6% of all websites.

What follows is a huge round-up of some of the most interesting stats and facts about WordPress divided into the following categories:

Here are some general WordPress stats regarding usage, WordPress co-founder Matt Mullenweg’s company Automattic, which runs WordPress.com, and other quirks:

#2. Only 39% of WordPress websites are running the most current version of the software (4.8). – WordPress.org 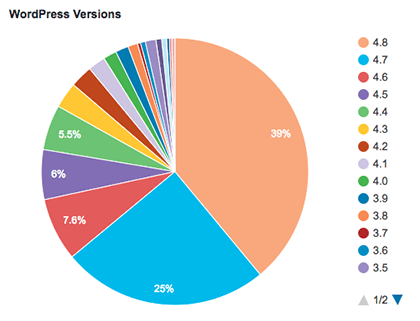 #3. Major core updates of WordPress are released about every 152 days on the average. – CodeinWP

#4. There are a total of 98 versions of WordPress that have been released to date. – ManageWP

#5. WordPress.com (and self-hosted WordPress websites running Jetpack) get an average 22,000,000,000+ pageviews per month, and growing. – WordPress.com

#9. Christine Selleck Tremoulet was a friend of WordPress co-founder, Matt Mullenweg. She suggested the name “WordPress”, but no one seems to know where her inspiration for the name initially came from. – Propagandum 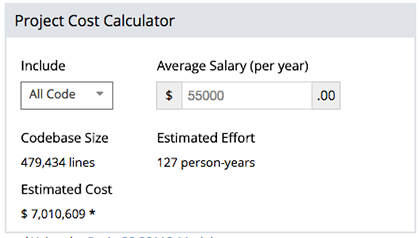 #11. Anyone can edit or add to WordPress’s core code as it is classified as open-source software licensed until the GPL. – WordPress

#12. Nobody officially owns WordPress, though some companies claim ownership over certain elements of it. – Wikipedia

#13. Automattic employees 581 people who also work on a large number of projects besides WordPress. – Automattic 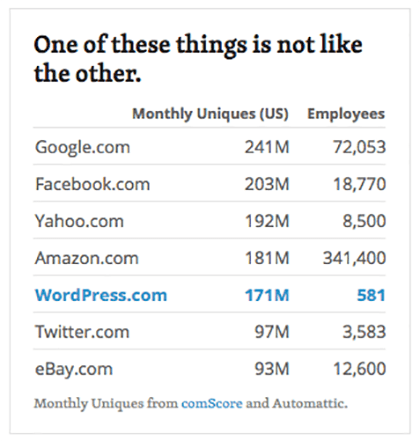 #17. There are 72 (and counting) translations available for WordPress. – WP Central 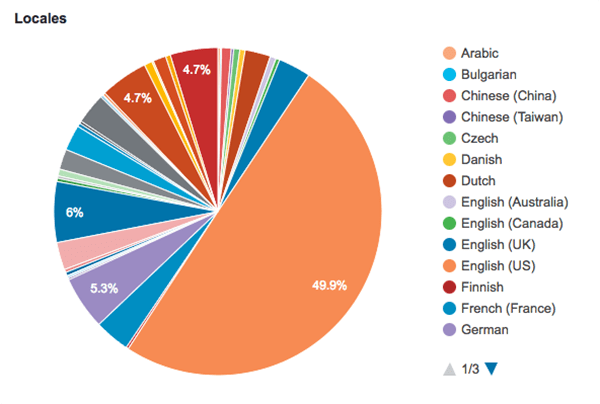 #21. People stopped showing up to the physical San Francisco Automattic office. So they closed it. – Quartz

#22. A number of Fortune 500 companies use WordPress. – WordPress.com 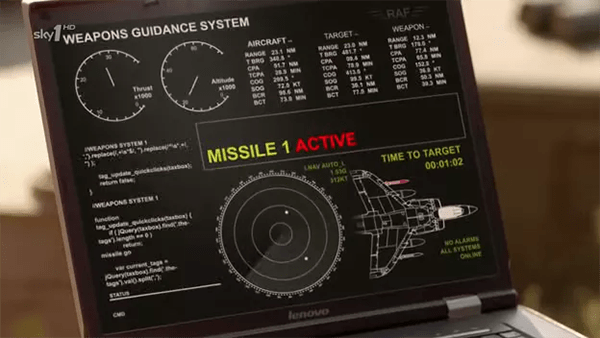 #26. WordPress gets more monthly unique visitors than Amazon, and the same as Facebook (but with 25x fewer people on staff). – CodeinWP

#27. WordPress can power a lot of different types of websites, including e-Commerce and membership sites. – WPMU DEV

#29. The WordPress core code is missing a lot of functionality requested by users, including the ability to duplicate posts and pages, built-in site caching, built-in form builders, and custom user roles. – WordPress

#30. The WordPress community is made up of a diverse set of people, websites, and skillsets. These WordPress stats are all about the community behind the CMS:

#32. There are so many ways to make money from WordPress: as a plugin/theme developer, hosting company, maintenance service, SEO agency, web design freelancer, and so much more. – WPMU DEV

#33. Some of the top print publications use WordPress as their online home, including Time, USA Today, and Fortune. – WordPress

#34. Celebrities like Beyoncé, Russell Brand, Kobe Bryant, and Sylvester Stalone all count themselves among the ranks of WordPress users. – Skilled

#35. WordPress is not only used by bloggers, businesses, and publications, but also educational institutions, and even governments. – WPMU DEV

#36. WordPress was the most requested job skill in the world in 2014. – Sketch Themes

#37. 25 percent of WordPress users make a full-time living off of the CMS. – Torque Mag

WordPress Events Around the World

#38. The WordPress community helps to organize a number of events around the United States, and the world at large. The majority of these events are known as “WordCamps”, but there are additional niche events put on the community, and WordPress conferences put on by bigger companies.

#39. The first WordCamp event was organized by Matt Mullenweg in 2006. – WordCamp Central

#40. At the time of writing, there have been 751 WordCamp events to total…

#44. Besides city-specific WordCamp events, there are a number of niche WordPress events that include WordPress for Publishers, WooConf, LoopConf, WP Campus, and A Day of REST. – Torque Mag

#45. All WordCamp organizers and speakers are unpaid volunteers—they’re really a labor of love. – WordCamp Central

#46. All WordCamp events are not-for-profit and aim to be accessible to all attendees with things like closed captioning and ticket scholarships available to attendees. – WordCamp Central

#48. If you miss a WordCamp event, you can catch session recordings for free on WordPress.tv – WordPress.tv

#51. Well-known companies in the WordPress space also organize their own WordPress conferences, including Publish by Post Status and PressNomics by Pagely.

#52. The WordPress community has created a number of free and paid themes for users to choose from, with options for purposes as varied as Pokemon Go news websites, and car repair shop websites. Though free themes don’t necessarily mean low quality, premium themes tend to be easier to customize out of the box, with more features and support for implementation. The following WordPress stats refer specifically to WordPress themes and their use: 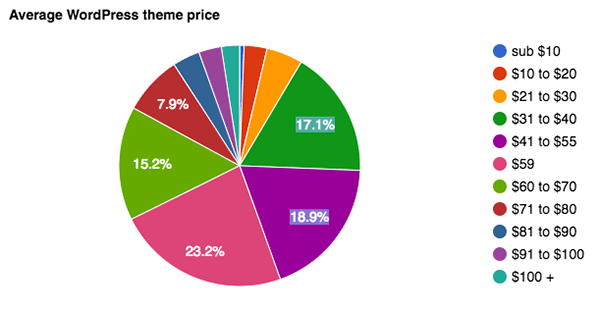 #57. Genesis and Divi are the two most popular WordPress theme installations, with 10% of the market each. – Small Biz Trends 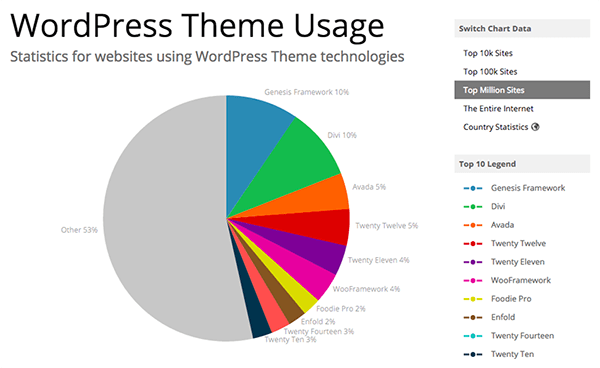 #58. There are dozens of theme designers on the ThemeForest marketplace who have sold $1,000,000+ in themes through the platform. – Envato 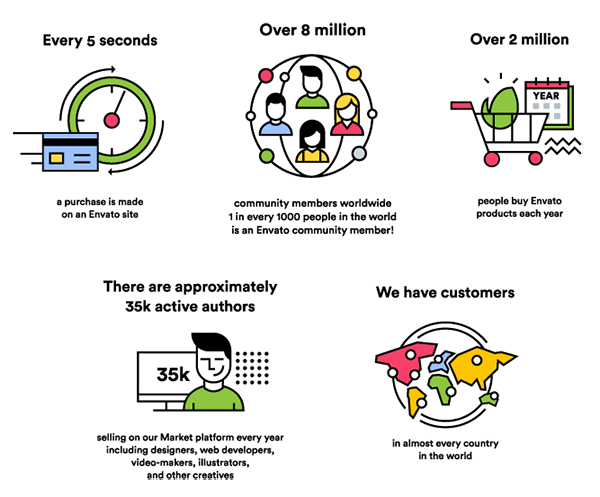 #62. To customize or modify an existing WordPress theme without losing the ability to upgrade that theme, child themes are often used. The concept of parent and child theme was formed to solve the issue of losing custom styling and changes made during theme upgrades. – WPMU DEV

#63. The first WYSIWYG editor for WordPress that easily used by technophobes to post content quickly and creatively was created by Shane Melaugh and Paul McCarthy – Thrive Themes.

#64. Gutenberg is a new WordPress editor that will ship with WordPress 5.0 – Ma.tt

#65. WordPress plugins add additional functionality to an existing WordPress website. While some are considered essential for every website launch, others are pretty forgettable. Let reviews and fellow WordPress developers be your guide, in addition to the following related WordPress stats:

#66. There are over 50,000 WordPress plugins available to download with new ones added to the WordPress Plugin Directory on a daily basis. – WordPress.org

#67. Akismet and Jetpack are the most installed free plugins – WordPress.org

#69. Contact Form 7, Woocommerce, WordPress Importer, and All in One SEO Pack are the most popular non-standard WordPress plugins, each with 3 million active installations. – WordPress.org

#70. Hello Dolly is one of the most useless but iconic WordPress plugins. – ITXDesign

#71. Visual Composer and Slider Revolution are some of the best selling paid plugins. – Skilled

#73. Woocommerce (an Automattic eCommerce plugin) powers 41% of all online stores. – Built With 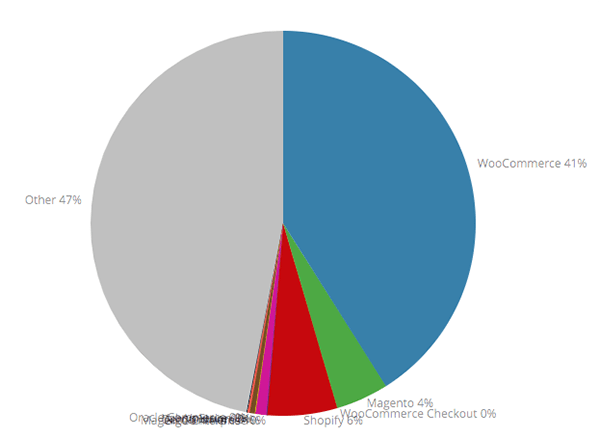 #74. Woocommerce has been downloaded over 30 million times. – Woocommerce

#75. There are more than 400 Woocommerce extensions that people can use to customize Woocommerce, including things like payment processing, shipping, subscription. – WooCommerce

#76. WordPress Security is a critical topic among website owners. With the increasing number of vulnerabilities and attacks that are happening every minute, anyone can be a victim of these breaches—both companies big and small. It is of utmost importance to pay attention to the latest security updates and practices to avoid being compromised by hackers. These WordPress stats will scare you into WordPress security compliance:

#77. 18 million WordPress users were compromised during the worst breach of WordPress security. – Skilled

#78. The iThemes Security plugin has had the most ironic security breach to date. – Post Status

#80. 73% of the 40,000 most popular websites that use the WordPress software are vulnerable to attack. – WP White Security 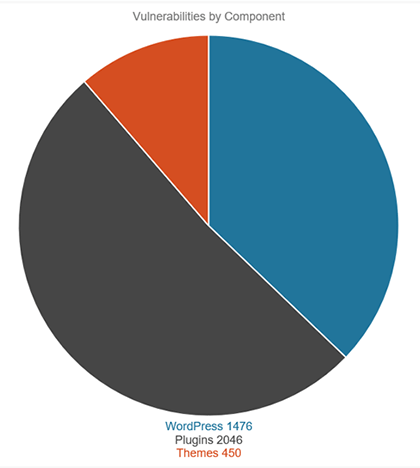 #82. Around 4,000 WordPress websites have been infected with a type of malware that disguises itself as a search engine optimization plugin to attract unwary webmasters. – SC Magazine

#83. 8% of WordPress security breaches happen as the result of a weak password. – WP Smackdown

#84. Hackers attack WordPress sites both big and small, with over 90,978 attacks happening per minute. – Wordfence

#85. WordPress brute force attacks refer to the trial and error method of entering multiple username and password combinations over and over until a successful combination is discovered. – iThemes

#87. 84% of all security vulnerabilities on the internet are the result of Cross-Site Scripting or XSS attacks. – Acunetix

#89. SQL injections occur when an attacker gains access to your WordPress database and to all of your website data. – Ahsay

#90. 39% of WordPress vulnerabilities are due to cross-site scripting (XSS). – iThemes

#92. WPMU DEV’s Defender security plugin is available to download for free on WordPress.org, so there’s no excuse not to protect your WordPress website.

For everything else that didn’t quite fit into the above categories, here are some final WordPress stats and facts for you:

#96. Every major core update of WordPress is named after a famous Jazz musician (because WordPress developers like jazz). – WordPress.org

#97. WordPress.org and WordPress.com refer to two very different versions of the software, at least until WordPress.com released support for custom coding (in the past there were many customization limitations). – WPMU DEV

#99. In order to run WordPress software, your web host must offer PHP version 7 or greater, MySQL version 5.6 or greater OR MariaDB version 10.0 or greater, as well as HTTPS.

WordPress has grown and evolved over time, but it’s safe to say that this CMS headed in the right direction, and may one day take over the internet!

Were there any WordPress stats or facts that we missed? Share your thoughts in the comments below, and we’ll update this space as necessary!
Tags:
Share this article