The invention and widespread use of the internet has changed millions of lives thanks to:

For many, the internet is something you’re used to having and is all but taken for granted, seen as a right more so than a privilege. But for countless others, access to the internet, as we know it, is quite limited.

What Countries Have Internet Restrictions?

While some governments censor internet use and employ firewalls that restrict access for the (alleged) purpose of combating illegal file sharing and software piracy, others go so far as restricting what many view as harmless websites.

Officials in these countries’ governments claim that they’re just looking out for the welfare of their citizens:

Perhaps not surprisingly, it’s been noted that countries that employ the most restrictions are also the same countries that suppress public protests or political unrest. It’s this proliferation of restriction that makes government censorship a scary prospect, indeed.

The Great Firewall of China: An Introduction to the Censored Web in Action

In discussions concerning the censored web, China is where most of it takes place, according to a report by Freedom House, a US-based, government-funded NGO that conducts research and advocacy on democracy, political freedom, and human rights.

China has blocked popular websites and apps like Facebook, Snapchat, Instagram, Wikipedia—and that’s just the tip of the iceberg. Tourists or expats living in China can only access these online properties by employing the use of a VPN to get around China’s government blocks.

Needless to say, many VPN providers were adversely impacted by the implications of this move by Apple. Luckily, Chinese VPN users with billing addresses in other countries are still able to access VPN apps purchased from other branches of the App Store.

“We view access to Internet in China as a human rights issue and I would expect Apple to value human rights over profit.”

This is just one of the things that China has done to regain control over the internet.

On April 12, 2012, large parts of the internet in China went down for about 45 minutes. Chinese users reportedly could access foreign websites, while US and Hong Kong users couldn’t access Chinese websites. According to reports, the Chinese government was “regulating” the “gateway function” of China’s “international portals”—in other words, making their firewall stronger.

Because China is the country made up of the world’s largest population (and has the most internet users), many major websites are eyeing China as a potential traffic source. Of course, because of its many restrictions, the Chinese people are quite difficult to actually reach.

So how does one reach the world when dealing with the censored web? And more specifically, how can WordPress, which powers 28.5% of the internet do this?

The Principle of Internet Sovereignty

To most people, the use of the internet is just as critical and necessary as the use of their eyes or ears. Because of this, the issue of internet censorship can seem comparable to cutting off oxygen to your lungs.

John Gamboa, a WordPress specialist who has worked in China, spoke to the WordCamp for Publishers audience in August 2017 and shared insights on how foreigners that visit China can accept (or get around the idea) that the internet isn’t free in China, what to do about it, and how to design for the censored web.

Had a successful censorship talk at #wcpub! Thanks for the pic @urbancheapass

First and foremost, when creating a website to be accessed by Chinese users, accept that you’re not playing on a level playing field. This is their country and in many ways, you have to follow their rules.

You must become familiar with the concept of internet sovereignty and the fact that the internet is not a global resource for everyone (as hard as that can be to admit to yourself). Internet sovereignty refers to how the governing entity (a state) creates boundaries on networks as a way to exert its control.

In 2014, China hosted a state-sponsored World Internet Conference for over 1000 local and foreign delegates in Wuzhen, China to talk about “An Interconnected World Shared and Governed by All”.

There was a declaration made on the last day of the conference (which was literally slid under the doors of foreign delegates’ hotel rooms) that suggested concepts of making the internet more “Communist Party-friendly” that many foreign participants understandably passed over. It included discussions related to the Golden Shield Initiative (“The Great Firewall of China”) and about Internet sovereignty.

TL;DR: The basic idea here was that China tried to advance the concept of internet sovereignty as a government right.

The China Internet Network Information Center estimates that 96% of Chinese internet traffic comes from within China, so it’s more of an intranet than an internet. This, as well as a difference in requirements, is what makes it difficult for foreign startups to enter China.

How is Internet Censorship Actually Executed?

How can a government censor their constituents’ access to the internet? Let us count the ways:

Authorities can use Internet Service Provider (ISP) filters, which allow them to go directly to the company to block citizens from accessing a site. This method is fairly easy to reverse through proxy (which you’ll recall many have done in China) or through onion routing.

In Russia, they have a government register/website you can visit to report content you think needs to be blocked, again, to “protect the children”. Additionally, China has the Golden Shield Project and Turkey censors websites with government injunctions.

Forced data localization refers to regulations enforcing how data can be processed, stored, or transferred in a certain territory.

In Russia, bloggers with more than 3,000 followers have to register with the government. Also, Russian law requires that a multinational company needs to host data for Russian citizens on a server in Russia and the company has to foot the bill to create a new data center. LinkedIn didn’t comply with these rules for data localization, so Russia blocked it.

Short for Distributed Denial of Service, DDoS refers to an attempt at making a server or network unavailable by loading it with large amounts of fake traffic. You can buy services like these on freelance marketplaces under “load testing”.

This specific tactic is associated with the censored web because it forcibly takes websites down, or forces sites to change content. Russia and China both DDoS on behalf of their government.

Similar to the aforementioned DDos, DNS poisoning diverts internet traffic away from legitimate users to fake ones. DNS poisoning is dangerous because it does not only exploit vulnerabilities in your DNS system, but also in spread between DNS servers.

In his WordCamp for Publishers talk, Gamboa recounts that in China you can go to Facebook and then the Chinese government sends spoofing IP addresses so there are more IP addresses being sent—even though there should only be one.

ViewDNS.info gets into the technical specifics behind how DNS poisoning works, and specifically as to how China uses it to further their objectives for the censored web.

Each ISP has a certain ASN for each IP address. ASN is one way of blocking access to certain websites for an entire country.

If a government wants to block a certain website from being accessed, it can trick the infrastructure by allocating a smaller ASN with an IP range that contains the IP of the website it wants to block.

When you have full SSL in place you are more likely to be blocked (as in the Tiananmen Square Wikipedia page, which was blocked for awhile). Gamboa explains:

How to Determine if Your Website is Censored or Blocked 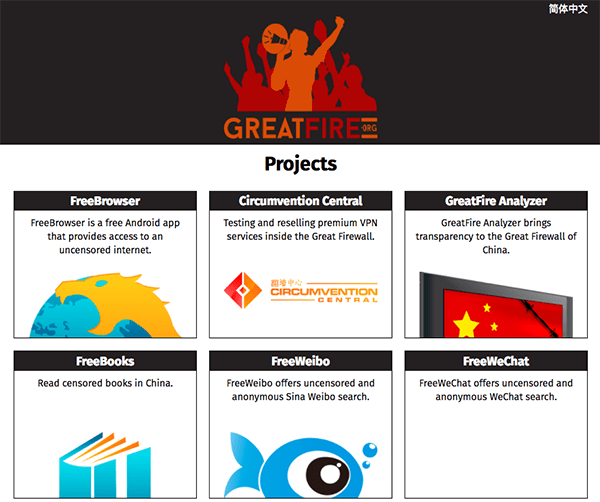 There are a number of tools you can use to determine if your site is blocked in certain countries:

Each situation is unique, but here are a few ways to get around a government block:

As tough as it can be, when it comes to working with the censored web, sometimes you have to accept the fact that you may not be able to do anything about it.

What to Know About Designing for Censored WordPress Websites

Unlike WordPress.com, the WordPress CMS isn’t blocked in China, so you can still create a self-hosted WordPress website so long as you find a suitable hosting provider and if required, sign up with the government.

You should also decide where to host your site, whether in-country or overseas. Use GeoPeeker to check: it takes a snapshot that shows response time and IP addresses. It also shows you how your website looks and if all the content is loading. 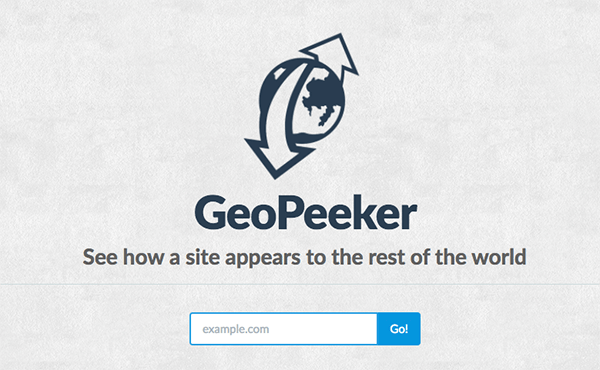 A potential issue when it comes to using WordPress in censored countries revolves around the use of third party integrations. While your website may not be blocked in some places, advertisements, external assets from plugins, social media sites, and other blocked content can severely slow down your site. Jetpack is an example of a WordPress plugin that communicates externally, and certain components can be problematic for the censored web.

With regards to some other third party WordPress integrations, Gamboa provides the example that if you have a Google Maps embed on your page in China, it could slow your page load to 30 seconds or more (a major problem for your technical SEO). It’s not that the site hasn’t been able to connect properly—it’s the fact that it goes into a loop trying to get the last bit of the maps to load (spoiler alert: it never will).

A few additional considerations when using WordPress in censored governments:

The Future of Censored Web Design

Gamboa’s WordCamp talk also discussed some issues the internet could face in the future:

Designing for the Censored Web

People in some countries do not enjoy the same internet freedom most of us do, because their internet access is regulated by their governments. This is especially true in countries like China and Russia, two countries with large percentages of the world’s population.

Incorporating workarounds and designing specifically for the censored web are two tactics companies can adopt to reach these extensive global audiences.

Note: Special thanks to John Gamboa who not only gave an amazing talk at WordCamp for Publishers but who also continues to investigate the issue of the censored web.

What are your tips when it comes to designing for the censored web? Let us know your thoughts in the comments below.
Tags:
Share this article

Maddy Osman
Maddy Osman Maddy creates engaging content with SEO best practices for marketing thought leaders and agencies that have their hands full with clients and projects. Learn more about her process and experience on her website The-Blogsmith.